Bangladesh to be world’s 24th largest economy by 2033 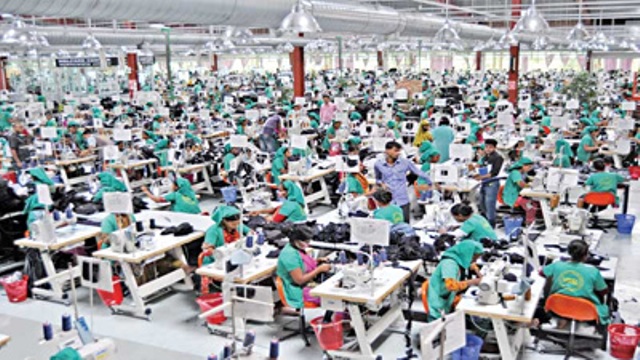 Bangladesh is poised to climb 19 places in the World Economic League Table to become the world’s 24th largest economy by 2033.

This was revealed at the World Economic League Table 2019 published by the UK-based Centre for Economics and Business Research at a time of great uncertainty about how global economies will perform and the effects on the construction and infrastructure sector globally. The ranking was made considering some 193 economies of the world.

According to the World Economic League Table 2019, world economy has had an unusually protracted, if shallow, upswing since the financial crisis of 2008/09 and the global construction sector has played a major part in driving this.

According to the table, Bangladesh is a South Asian country sharing land borders with India and Myanmar. With a population of over 163 million Bangladesh is the eighth most populous country in the world.

The country has seen robust growth averaging 6.3 percent per year over the past decade. Its GDP per capita stands at $4,600 in PPP international dollars, making it a lower middle income country by the World Bank’s definition.

Growth in Bangladesh’s economy is driven by domestic consumption expenditure, government spending, remittances and exports. The country has made important steps towards modernizing its economy in recent years, significant challenges remain.

As for the economy, the government will also need to explore options on how to increase revenues in order to finance upgrades for infrastructure while maintaining the social safety net. The country is further grappling with the Rohingya refugee crisis.

Garments are the main export good of the Bangladeshi economy, accounting for over 80 percent of total exports in the financial year ending 2017. Remittances are a further important source of income for the country.

Around 43 percent of Bangladeshis work in the agriculture sector, mostly producing rice and jute. Maize, vegetables and wheat play a smaller albeit growing role in the country.

The country has benefitted from a strong increase in remittances in the financial year ending 2018, after declines in the previous two years.

Moreover, the export sector benefitted from the duty free access to the Indian market, pushing exports to $375 million in the three months to September. Indian clothing retailers, as well as global retailers opening Indian outlets, increasingly import from Bangladesh due to the competitive prices of their products.

Bangladesh’s competitiveness relative to India was further boosted by the introduction of a General Sales Tax in India, a step that is still outstanding in Bangladesh.