Priyanka’s entry into politics appeared crucial ahead of Indian polls 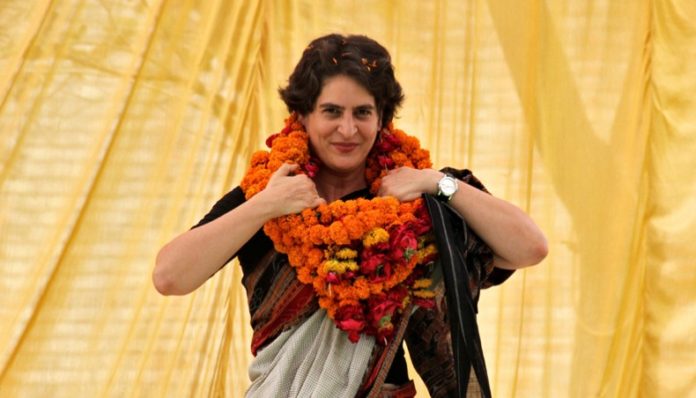 The entry of Priyanka Gandhi into mainstream politics grabbing huge media attention appeared crucial ahead of India’s Lok Sabha elections with her opposition Congress Party expecting the development to change the poetical landscape in the world’s biggest democracy.

Congress leaders hailed the appointment with some calling her a “game changer” sine the populous province is considered the most crucial in terms of politics and current stronghold of ruling BJP and the Varanasi constituency of Prime Minister Narendra Modi is also located in the region.

The media speculations are mainly trying to gauge how deep she will cut into UP’s eastern part where she will pitch herself against Modi and Yogi Adityanath, the province’s incumbent chief minister.

After announcing Priyanka’s appointment, Rahul told the media that he wanted to change the politics of UP by having young and dynamic leaders at the party’s vanguard.

He said Priyanka would be joined by young popular leader Jyotiraditya Scindia on a mission that goes beyond the campaign for the Lok Sabha elections in the coming summer.

With some 200 million population and 80 out of 545 Lok Sabha seats visibly made UP India’s most politically significant state while 71 of the seats are now occupied by the BJP since the 2014 elections.

Priyanka’s political assignment, however, drew immediate criticism from the ruling party camp with Modi himself attacked Congress over its “dynastic” politics though a sense of enthusiasm rather gripped the opposition party.

“It is a long awaited move that would help Congress revive in UP and further enthuse the partymen across the country,” said AICC generals secretary Prakash Joshi while party activists at the grassroots in the province reportedly shared sweets among them comparing Priyanka with Goddess Durga.

A leading newspaper headlined a report saying “Priyanka breaks law of Indian dynastic politics” describing her emergence as “From reluctant politician to a formidable opponent”.

Rahul and Priyanka represent the fifth generation of the Nehru-Gandhi family. Their father Rajib Gandhi, grandmother Indira Gandhi and great-grandfather Jawaharlal Nehru were all prime ministers who entered politics from Uttar Pradesh.