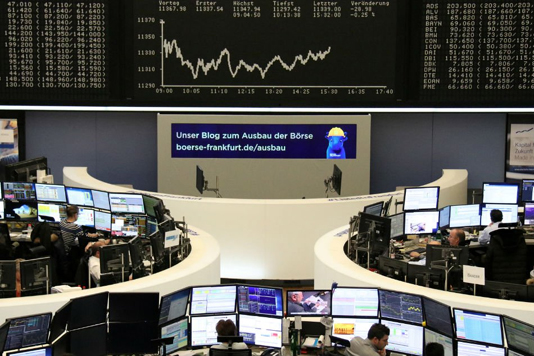 Global stocks tumbled Thursday on a downgrade to Europe’s economic growth outlook and revived doubts on the US- China trade dispute.

The EU Commission, the bloc’s executive arm, said it now expects growth of
1.3 percent in the eurozone this year, a significant cut from the 1.9 percent
it predicted only last November.

It said Europe is facing international headwinds — including Brexit
fears, Italian economic woes and the global trade war — which have now taken
the steam out of a post-crisis recovery in the eurozone.

The Bank of England slashed its forecast for UK growth this year to 1.2
percent from 1.7 percent, blaming the downgrade on a global economic slowdown
and “the fog of Brexit”.

Wall Street stocks, meanwhile, suffered their biggest losses in more than
two weeks after a top White House economist Larry Kudlow said in a broadcast
interview that there was still a “sizeable distance” between Washington and
Beijing in high-stakes trade talks.

President Donald Trump last week said he expected to meet with China’s
President Xi Jinping in person “in the near future” to seal a final trade
deal, but on Thursday, said the meeting would not take place before March 1
when tariffs were due to rise.

“We still have earnings season and some of the reports I saw earlier today
were not all that good, for the most part they missed earnings estimates,” he
said.

But SunTrust soared 10 percent and BB&T rose 3.9 percent after the
midsized banks announced plans for a $66 billion merger, creating the sixth-
largest US bank.