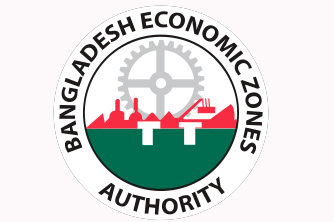 Bangladesh Economic Zone Authority (BEZA) has given license to the Kishoreganj Economic Zone (KEZ) Limited, a concern of Nitol Niloy Group, aimed at making the country as an investment hub in the globe.

BEZA Executive Chairman Paban Chowdhury today handed over the final license to Managing Director of KEZ Abdul Musabir Ahmed at a function at the Bangabandhu International Conference Center (BICC) in the city.

The KEZ is being established on 91.63 acres of land in Pakundia upazila of Kishoreganj district. Around 25,000 people directly and indirectly will get job in the economic zone within the next five years.

Speaking on the occasion, Abul Kalam Azad said KEZ will play a vital role to expedite the economy of the Haor area. He hoped that the economic zone will help implement the investment plan of the government.

Paban Chowdhury said investors from home and aboard are giving significant responses in developing economic zones in the country.

BEZA has already given licenses to eight private economic zones, he added.

Paban Chowdhury expressed his hope that KEZ will become effective to encourage rapid economic development through increasing and diversification of industry, employment, production and export.

Speakers at the function also informed that Tata Motors, a renowned company of India, has taken an initiative to manufacture Tata brand motorcycle with jointly Nitol Niloy Group. Initially, Tata Motors will invest US$30 million in the economic zone.

BEZA was formed under Economic Zones Act 2010 to set up 100 EZs by 2030 to attract more local and foreign investment and to create employment opportunities for more than 10 million people of the country.