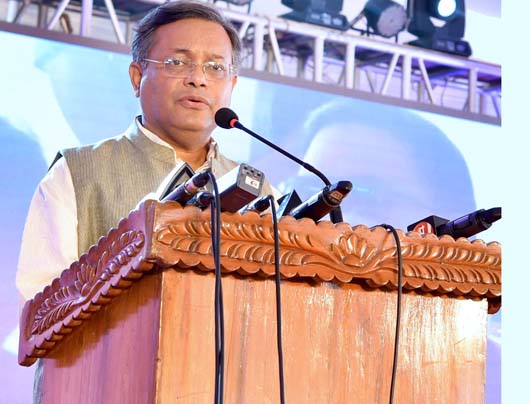 “BNP burnt people alive in the past in the name of anti-government movement and that’s why Begum Zia or Fakhrul Islam, as the leaders of the party, must take the responsibility for that. They cannot avoid the responsibility as those were not accidents but incidents,” he told reporters on the sidelines of a conference here.

Hasan, also the publicity and publication secretary of the ruling Awami league, said Prime Minister Sheikh Hasina passed a sleepless night during the fire and gave directives in tackling the situation. “The opposition party should stand by the government in addressing such situation,” he added.

Citing an example of India, the information minister said a few months ahead of their elections, the opposition party of India had announced to work together with their government to cope with disasters.

Replying to a question, he said a committee is conducting a probe into the fire and the reason behind the deadly inferno would be revealed after the probe.

Speaking at the inaugural session of the conference, Hasan said the practice of acting enriches the nation and that is why the government has taken various initiatives to uphold the contributions of artistes to the country’s cultural arena.

Later, he handed over crests to the three winners of this year’s Ekushey Padak – Lucky Inam, Suborna Mostafa and Liakat Ali Lucky.