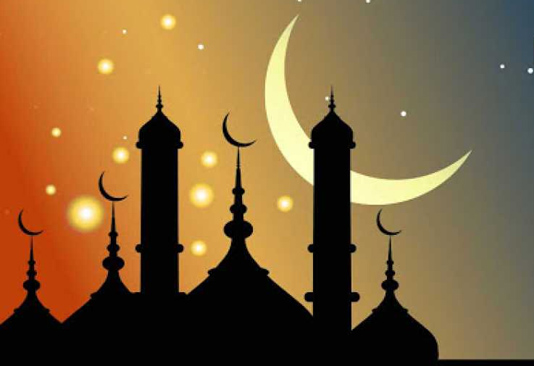 The holy month of Ramadan begins in the country tomorrow as the new moon was sighted in the sky of Bangladesh this evening.

The decision was taken at a meeting at the conference room of Islamic Foundation (IF) in Baitul Mukarram National Mosque here this evening, said an IF press release.

As per the decision, the holy Shab-e-Qadr or Lailatul Qadr, the night when the first verses of the holy Quran were revealed to Prophet Hazrat Muhammad (PBUH), will be observed at the night of June 1 (Saturday night).

Muslims are meant to fast from dawn to dusk during the lunar month, a time of restraint and austerity. President M Abdul Hamid and Prime Minister Sheikh Hasina issued separate messages greeting the countrymen and all Muslims across the world with the advent of the holy month of Ramadan.

President Abdul Hamid, in his message, said, “The holy month of Ramadan has come again after a year. The month of Barkat (blessing), Maghfirat (forgiveness) and Najat (salvation) brings a unique opportunity of getting closer to Allah and attaining taqwa (fear of Allah)”.

Noting that the whole Muslim Ummah observes the month with due religious fervor to attain self-restraint, self-rectification and forgiveness, he said fasting plays a vital role in establishing sympathy, amity and brotherhood among all, including the rich and the poor.

The President hoped that the people would be able to realize the sanctity and significance of the holy Ramadan and reflect it in their personal and social lives and contribute to building a peaceful society.

In her message, Prime Minister Sheikh Hasina said the month of Rahmat, Magfirat and Najat- Ramadanul Mubarak – is a high time to get mercy and blessings of Almighty Allah.

The month is more beneficial and significant as the holy Quran was revealed in this month, she said.

The Prime Minister called upon all to be inspired with the teachings of the holy month of Ramadan and help each other in establishing peace, amity and brotherhood in personal and social lives, shunning all ills and taking firm stance against terrorism, militancy and narcotics.

“Let us maintain the sanctity of the holy month of Ramadan by showing proportion, patience and restraint at all levels in our life,” she said.

Ramadan, also known as Ramzan, is the ninth month in the Islamic calendar. It is a time when Muslims around the world focus on prayers, fasting, giving to charity and religious devotion.

Fasting not only entails the elimination of food during the hours of sunlight, but also drinking (all beverages, including water), smoking, sex and “impure thoughts”, which can include violence, sexual thoughts and curse words.

All government, semi-government and private offices have arranged new office schedule coinciding with the special arrangements for iftar for its officers, employees and staff.

Islamic Foundation will organize a month-long book fair marking the Ramadan on the south premises of Baitul Mukkaram mosque.