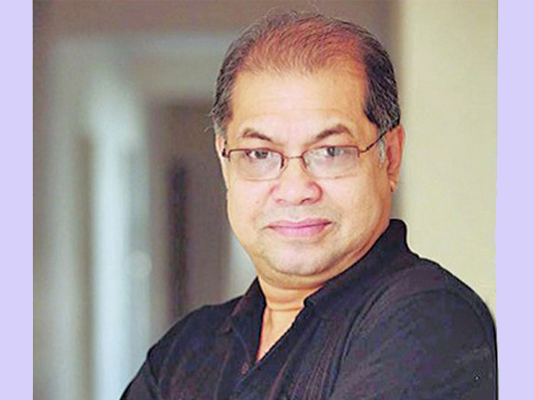 Subir Nandi, who was suffering from different ailments, breathed his last around 4.30am at the Singapore hospital, family sources said.

He is survived by his wife and a daughter.

In separate messages, they recalled the contribution of the renowned singer to the country’s cultural arena.

On April 30 last, Nandi was taken to the Singapore hospital for better treatment at the initiative of Prime Minister Sheikh Hasina.

On April 14, he was admitted to the Combined Military Hospital in Dhaka as he fell sick on his way to Dhaka from Sylhet.

He was awarded Ekushey Padak this year.

Nandi’s body will be flown to Dhaka tomorrow. From the airport, the body will be taken to the Central Shaheed Minar premises here at 11am so that fans, friends, admirers, well-wishers and others can pay their last tributes to the legendary singer, Sammilita Sangskritik Jote President Golam Quddus told BSS.

Later, his body will be taken to Ramkrishna Math and Mission around 12.30pm.

The singer will be cremated at Baradeshwari Kalimandir crematorium at Sabujbagh in the city.

His work in the film Mahanayak (1984) made him got the breakthrough. He also received his first national film award in his career for the playback.

He went on singing songs like Shrabon Megher Din and Megher Opare Megh. He was awarded National Film Award for both of the films.

In 1994, Nandi rendered songs at the House of Commons in United Kingdom. Nandi’s career spans almost four decades. Since the beginning, he has collaborated with most of the music directors of our country. He worked with yesteryear composers such as Alauddin Ali, Prodeep Saha, Satya Saha, Somor Das, Sheikh Saadi Khan, Alam Khan as well as with the new generation youngsters such as Habib Wahid, SI Tutul, Bappa Majumdar, Emon Saha, Showkat Ali Emon and Kabir Bokul.

He has sung duets with all of his contemporary female artists such as Runa Laila, Sabina Yasmin, Ferdousi Rahman, Kanak Chapa, Shahnaz Rahmatullah and Rijia Parveen.