SP Jahangir closed due to negligence in duty 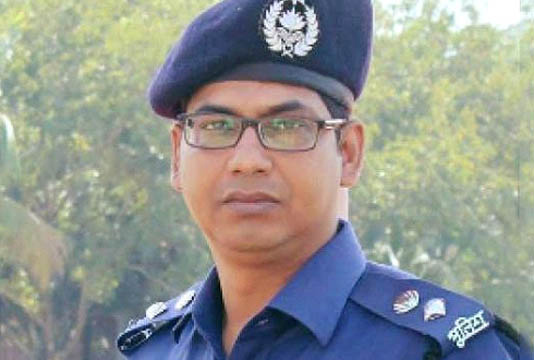 Superintendent of Police (SP) in Feni SM Jahangir Alam has been closed and attached to the Police Headquarters on the charge of negligence over murder of Sonagazi madrasa student Nusrat Jahan Rafi.

“SP Jahangir was closed and attached to the Police Headquarters this Sunday as per the ministry of home affairs’ decision,’ Inspector General of Police (IGP) Mohammad Javed Patwari told BSS today.

Earlier, On April 30, the committee, formed to investigate Nusrat’s murder, submitted a report against the SP Jahangir and three other policemen in Feni as the committee found their negligence in duty to this end.

Nusrat was set on fire on April 6 by miscreants and succumbed to her burn injuries at Dhaka Medical College Hospital on April 10.

Nusrat had accused Sirajuddoula of harassing her sexually on March 27 while she was exposed to his extreme vengeance on April 6 when she went to the madrasa to appear in Alim examination.

A group of masked youths, who were actually principal’s stooges, took Nusrat to the rooftop of the madrasa and set her on fire after tying her with her scarf.