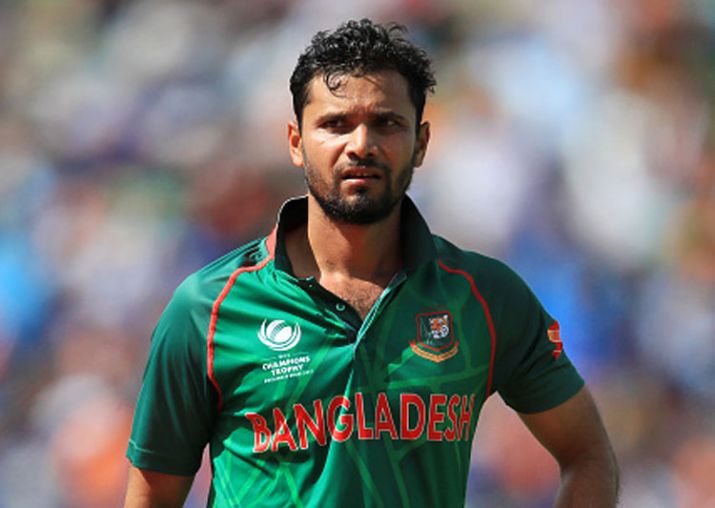 The small size of Taunton in which Bangladesh would take on West Indies on June 17 now creates a big headache for the captain Mashrafe Bin Mortaza.

When the ground’s size is small, it gives the big hitters an advantage as Bangladesh saw in the match against England. Jason Roy and Jos Buttler took the full advantage of the Cardiff ground which has short straight boundaries but long square ones. England batsmen targeted the short boundaries and showered a rain of sixes and fours to compile a hefty 386-6, their World Cup highest total.

While Cardiff has at least a long square, Taunton is small in straight and square one, creating an ample opportunity to go on berserk for the likes of Chris Gayle and Andre Russell who could hit six at will even in longest ground of the World.

But after the match against Sri Lanka was washed out, Bangladesh have no way other than a victory against West Indies if they want to stay alive in the semifinal race of the World Cup.

The thing that would motivate Bangladesh is that they have beaten West Indies in three straight games in the last tri-series tournament in Ireland including the final to lift their first major trophy in a tournament involving three or more team. But the fact is that the West Indies side was almost a second string team without the service of the likes of Gayle, Russell and other key players in that tournament.

So the World Cup match against West Indies would pose a different challenge for them, what Mashrafe himself admitted. It’s not that Bangladesh didn’t win against a full strength Caribbean side in the past but the size of
the ground eventually came to the fore as it is believed to play to West Indies’ strength.

“Taunton’s ground is so small, so here it would be extremely tough against West Indies because they have some world’s greatest hitters who nonchalantly strike sixes even in the longest ground of the world,” Mashrafe said.

But with back to the wall, Mashrafe stressed on playing ‘extremely well’ against West Indies. “We have to win this match at any cost after the match against Sri Lanka was washed out. We have to play extremely well and hopefully we will come all guns blazing.”

Bangladesh began their World Cup mission in impressive fashion, winning their first game against South Africa by 21 runs after posting their ODI highest 330-6. But they later lost two matches in a row against New Zealand
and England before their fourth game against Sri Lanka was washed out without a ball being bowled in Bristol due to consistent drizzle.

The Tigers now would have to win four matches in the rest of the five games to create any opportunity to move into the semifinal of the ICC Cricket World Cup.