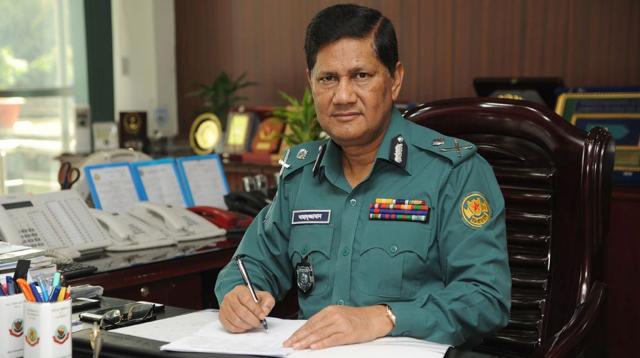 Dhaka Metropolitan Police (DMP) has compiled citizen data of over 63 lakh people, living in the capital as part of its preventive measures to avert threats of militant attacks and other crimes.

“Till date, the DMP has compiled data of over 63 lakh people in the Citizen Information Management System (CIMS) from 22 lakh houses through 50 police stations,” DMP Commissioner Asaduzzaman Miah said.

Inaugurating “Citizen Information Collection Week-2019” as the chief guest at DMP’s media centre today; he said this initiative will create awareness among house owners and tenants about providing necessary information on citizens living in the city.

The commissioner said police are going to knock every house in the capital throughout this week to update citizen information as part of its preventive measures to avert threats of militant attacks, adding, “The drive will continue until June 21.”

The DMP is trying to include all updated information in its CIMS aimed at developing this software to gather necessary information very quickly, he said.

“We’ve started to collect information again throughout this week to try to collect more data of citizen whose names were not compiled before in Citizen Management System,” Asaduzzaman Miah said.

The DMP Commissioner said the CIMS database system will help to prevent crimes, as it will provide information of all people, living in the Capital.

He said that the DMP has been observing the ‘Citizen Information Collection Week-2019’ so that no one is left out of the CIMS database.

After completion of the week, a special team of senior police officers, formed by the DMP headquarters, will randomly visit houses to ensure that everyone is included in the CIMS system, Asaduzzman added.

“If we can complete this task without any hitch, not only terrorism and militancy, but it will solve crimes like murder and robbery also in Dhaka,” he said seeking cooperation from the city dwellers.

Every tenant will be given an unique number and information will be updated whenever he or she shifts residence to another place within the capital.

The DMP Commissioner said the DMP formally launched the CIMS after the deadly militant attack on Holey Artisan Cafe‚ in 2016 to store information about the city dwellers.