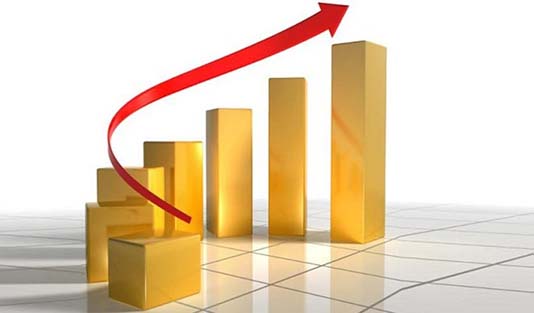 Economists, diplomats and business leaders have expressed their firm optimism that Bangladesh would gain higher GDP growth on a sustainable basis thanks to the business and investment-friendly environment and policy offered by the present government.

Talking to BSS, renowned economist and chairman of Bangladesh Palli Karma Shahayak Foundation (PKSF) Dr Qazi Kholiquzzaman Ahmad said no other country in the world except Bangladesh has been able to perform continuously to gain higher GDP growth on a sustainable basis.

“This has been possible as there is now an ample scope for work and a huge labour force in the country who can do hard work,” he added. Dr Ahmad, an ex-president of Bangladesh Economic Association (BEA), also said
there are also many countries in the world which could not fully utilize their labour forces due to lack of opportunities.

“Our Prime Minister often speaks highly about this hard working labour force and her government is taking many steps to properly use this labour force,” he said. The famed economist said earlier the international agencies assumed the government tends to hide data and statistics which was a reason for making their conservative projections.

“But, the situation has now changed and that’s why I think that the projections of other international agencies including ADB now come close to the government’s projections,” he said. Ambassador and former Bangladesh’s Permanent Representative to the United Nations Md Abdul Hannan said Bangladesh has witnessed an overall inclusive development over the last 10 years both at the urban and rural levels.

“I’m sure that the people of the country is very much grateful to this leadership…the people of the country, bureaucracy and the private entrepreneurs have been associated with this political leadership,” he said. Referring to the government’s initiatives for establishing some 100 special economic zones across the country, Hannan, also the vice-president of BEA, said these economic zones would spur growth through generating more employments.

He suggested spreading industrialization, generating more employments, enhancing skills and facing the challenges of 4th industrial revolution. Shafiul Islam Mohiuddin, former president of Federation of Bangladesh Chambers of Commerce and Industry (FBCCI), said Bangladesh has been achieving a very healthy growth rate over the last couple of years including 7.86 percent GDP in the last year (FY18) and 8.13 percent in the outgoing fiscal (FY19).

“This will definitely help improve further the socioeconomic conditions of the country and the government’s bid to become a higher middle income country,” he added.

Shafiul, also a former top leader of country’s apparel sector, noted
Bangladesh has been achieving comparatively higher GDP growth than other
countries in Asia due to very hard working entrepreneurs and laborers,
expatriate Bangladeshis, revolution in agriculture while womenfolk are also
being empowered.

He opined Prime Minister Sheikh Hasina has been able to successfully lead
the country with her strong leadership as she pursues the right policy and
strategy.

“The business-friendly environment is now prevailing here, but we could
have done better had there been further improvement in doing business
situation,” he added.

Shafiul underscored the need for taking concerted efforts by all to
implement the various plans of the country including Delta Plan-2100 to
further boost the country’s GDP growth.

The ADB in its recent outlook predicted that the growth will be 8 percent
in the FY2019 and FY2020, terming it a new record.

“Bangladesh will continue to be the fastest in the Asia-Pacific,” the bank
said in its ADO.

ADB Country Director for Bangladesh Resident Mission Manmohan Parkash
handed over the ADO to Prime Minister Sheikh Hasina at her office in the
parliament on Wednesday.

The ADO, the annual publication of the ADB, evaluates and forecasts
economic performance of the 45 Asian and Pacific countries.

The drivers of the growth have been identified as higher public investment, stronger consumption demand, revival in exports, improved power supply and higher growth in private sector credit.