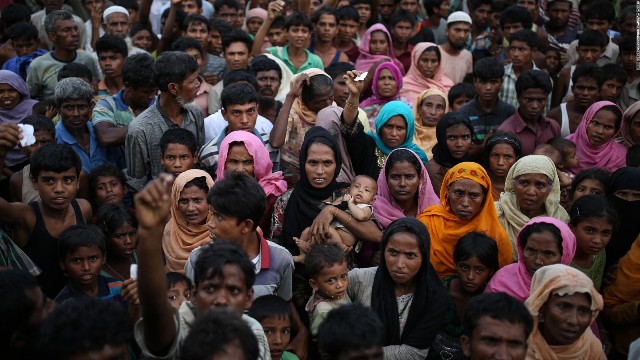 “So far the signal we are getting from Beijing is that they (China) agree with us (over the issue) and want Myanmar to take back their displaced people (Rohingyas),” he told newsmen after witnessing a Taekwondo competition in the capital.

He said Bangladesh, therefore, is hopeful about the outcome of the premier’s Beijing tour next week in resolving the crisis as being a major ally of China, “Myanmar respects China”. “So we hope, if China ask them (Myanmar) they may start Rohingya repatriation soon,” Momen said.

He said the Rohingya issue has been set as a major agenda of the premier’s talks with Chinese President and Prime Minister. The foreign minister was talking with reporters after emerging from closing ceremony of Hanmadang Championship organized by Taekwondo Federation with the support of South Korea Embassy here at National Sports Council (NSC).

Momen said Myanmar never declined to return the Rohingyas and rather repeatedly promised to take them back while “we have already done whatever needed on our side” like preparing their biometric data and list of displaced Rohingyas.

“But Myanmar failed to create conducive environment inside Rakhine state
to ensure safe repatriation of their people (Rohingyas),” he said.

Bangladesh is hosting over 1.1 million forcefully displaced Rohingyas in
Cox’s Bazar district and most of them arrived there since August 25, 2017
after a military crackdown by Myanmar, which the UN called a “textbook
example of ethnic cleansing” and “genocide” by other rights groups.

Apart from Rohingya issue, Momen said, Dhaka is expecting to sign number
of instruments with China to implement some mega development projects in
Bangladesh during the premier’s tour.

“We are hopeful to get Chinese credit to implement our big projects,” he said. Momen said Bangladesh has taken all initiatives to increase trade and commerce relations with China.