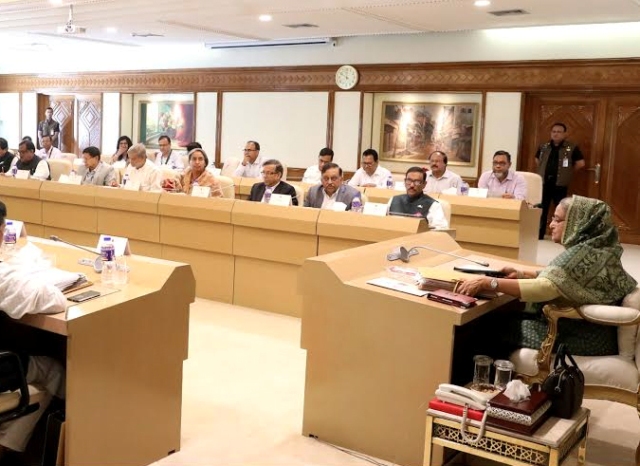 The cabinet secretary today dismissed a Transparency International Bangladesh (TIB) report that claimed promotions are being given to senior government officials on the basis of political consideration.

“I have not yet seen the TIB report. Like you (journalists), I knew the thing that came in the news. But, the matter is not exactly the same as stated by the TIB in a wholesale manner,” said Cabinet Secretary Mohammad Shafiul Alam.

Replying to a question, Alam said the number of contractual appointments is very few at this moment.

The cabinet today congratulated Prime Minister Sheikh Hasina as Bangladesh has become the fastest GDP growth achieving country among the 45 countries in the Asia-Pacific, the cabinet secretary said.

On the rescue operation after yesterday’s train accident, he said, “Our rescue operation is going on involving all the agencies including RAB, BGB and fire brigade. According to the official report till this moment as many as four bodies were recovered and there might be more bodies under the debris.”

He also said, “The train collapsed as it was overloaded. There was no space in it where people didn’t board on.”

The railways minister assured the cabinet of resuming the operation of train services on Dhaka-Sylhet route within 24 hours, he said.

The cabinet was informed of the visit of Prime Minister Sheikh Hasina to Japan from May 28 to May 30, he said, adding that Japan gave Bangladesh an assurance to stand beside Bangladesh on the Rohingya issue and a decision was taken to jointly observe 50 years of diplomatic relations between the countries.

It was also informed of the Prime Minister’s visit to Saudi Arabia from May 31 to June 3 where she attended the 14th OIC Conference and gave speech on behalf of the Asia Group.