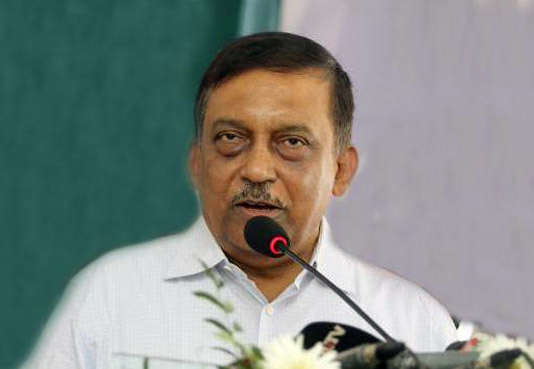 Terming the killing of Rifat in broad daylight in Barguna as a very shocking incident, Home Minister Asaduzzaman Khan Kamal today said the persons involved in the killing in front of his wife will not be spared.

The home minister said two persons have already been arrested and other persons who are involved in the gruesome murder must be brought to book.

“The Barguna incident is a very shocking incident, police aren’t sitting idle and the cause of the incident must be made public after an inclusive probe”, said the minister.

The minister came up with the remarks while talking to reporters after attending an award giving ceremony of Bangladesh Police Women Network (BPWN) at International Convention Center here this afternoon.

Police have launched drives to arrest the killers, he said, adding that the capacity of the police force has improved much compared to a decade ago.

Replying to a question of Rohingyas, he said steps are underway to build fence in and around the camps so that the Rohingyas cannot go out from the camps and indulge themselves in wrongdoings.

There are 2300 women working in the police department and of them, 72 are serving in the rank of superintendent of police.

The annual award giving ceremony was held for the first time in Chattogram.