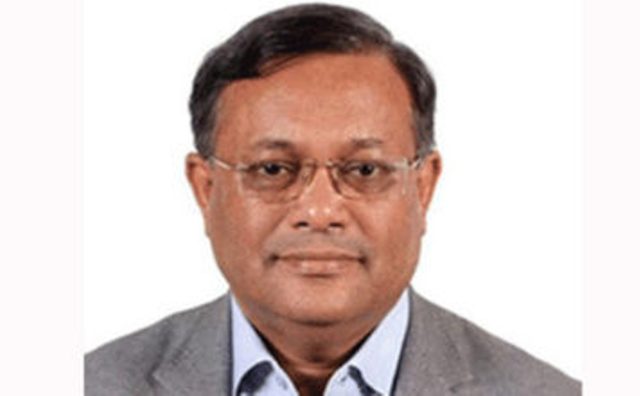 Welcoming the newly-floated political alliance by Colonel(retd) Oli Ahmed, Information Minister Dr Hasan Mahmud today urged him to clarify his stance before the nation in regard to his political leaning.

“His (Oli) announcement of floating a new alliance has exposed the disarray between the Oikyo Front and the 20-party alliance,” Hasan said while addressing as the chief discussant at a meeting held in observance of AL’s 70th founding anniversary at city’s Zilla Parishad auditorium this evening.

Hasan, also publication and publicity secretary of Awami League (AL), posed a question whether Oli Ahmed is a leader of the 20-party alliance or the Oikyo Front or the newly floated political alliance.

He said Ziaur Rahman formed BNP with the rogue politicians. Turning to BNP activists’ agitations, he said the leaders and activists of BNP have been demonstrating more than 18 days in front of its central office in Nayapaltan, Dhaka.

“The party, which cannot handle its leaders and activists, can in no way make the people satisfied,” Hasan said.

He urged the AL leaders and activists to do politics taking a solemn vow to serve the people through upholding ideology.

Dr Hasan urged the party men to behave politely with the people saying the development and achievements must not be faded away for the bad behaviour of a handful of leaders and activists in the name of AL.

AL during its seven decades of journey led all socio-political movements particularly the Language Movement in 1952, the Six-point Movement in 1966, the 1969 Mass Upsurge and the Liberation War in 1971 under the leadership of Bangabandhu Sheikh Mujibur Rahman.

Dr Hasan said Sheikh Hasina returned to Bangladesh on May 17 in 1981 for restoration of democracy and establishment of peoples’ rights to vote and food.

Speaking as the chief guest former minister and presidium member of AL Engineer Mosharraf Hossain urged the party men to strengthen the organizational base of the party.

He said AL was founded 70 years back for the wellbeing of the common masses in the country.

Presided over by acting president of Chattogram North District chapter of AL ABM Fazle Karim Chowdhury, MP, the discussion was addressed, among others, by its general secretary MA Salam, its vice presidents advocate Fakruddin and Professor Moin Uddin.