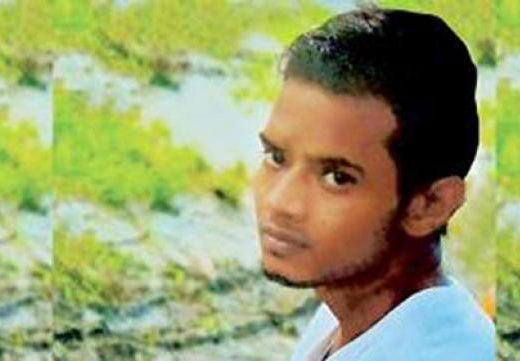 The prime accused of Rifat Sharif murder case has been killed in a gunfight with police in Barguna early this morning. Sabbir Ahmed Nayan alias Nayan Bond died when he and his gang opened fire on police in an area at Purkata village, ten kilometers away from Barguna Zila Sadar at around 4:15 am. His body was taken to Barguna General Hospital morgue for postmortem.

Police sources said based on secret information, a team of police went to the village to arrest the key accused Nayan Bond when he and his associates opened fire at the police in the aforesaid area, forcing the policemen to retaliate which triggered a gunfight.

Barguna Police Super Maruf Hossain confirmed that Nayan died on the spot, while four policemen including additional superintendent of police Shahjahan Mia were injured in the attack.

Police recovered one pistol, three round of bullet and three indigenous sharp weapons from the spot.

On Wednesday, Rifat Sharif, 22, was hacked with sharp weapons by several people in front of his wife Ayesha Siddiqua Minni near Barguna Government College in Barguna town, in broad daylight.