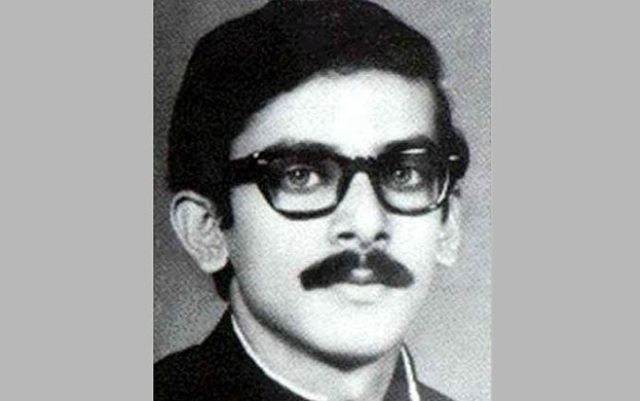 The 70th birth anniversary of Sheikh Kamal, the eldest son of Father of the Nation Bangabandhu Sheikh Mujibur Rahman, will be observed on Monday.

Born on August 5, 1949 at Tungipara in Gopalganj, Sheikh Kamal was a former executive member of the central committee of Bangladesh Chhatra League (BCL).

Awami League, its associate bodies and different political, socio-cultural and sports organizations have taken up elaborate programmes marking the day.

As part of it, Abahani Limited and ‘Abahani Shomorthok Ghosthi’ have chalked out various programmes.

The Abahani Limited and its supporters will pay tribute to Sheikh Kamal by placing wreaths at his portrait on Dhanmondi Abahani Club premises at 12.01 am (early Monday).

They will visit Kamal’s grave at the Banani Graveyard and hold a doa-mahfil there seeking eternal peace of the departed soul of Sheikh Kamal and other family members of Father of the Nation Bangabandhu Sheikh Mujibur Rahman, who were assassinated by a group of disgruntled army personnel on August 15, 1975.

The Abahani Ltd. will also hold a discussion over the colorful life and works of Sheikh Kamal at 4pm and programmes including day-long recitation from the Holy Quran along with milad-mahfil (after Asr prayers)

Sheikh Kamal was one of the pioneers of modern football in Bangladesh and also founder-president of Abahani Krira Chakra.

He was also a founder-member of Dhaka Theatre and Spondon Shilpa Gousthi, a musical band of folk songs.