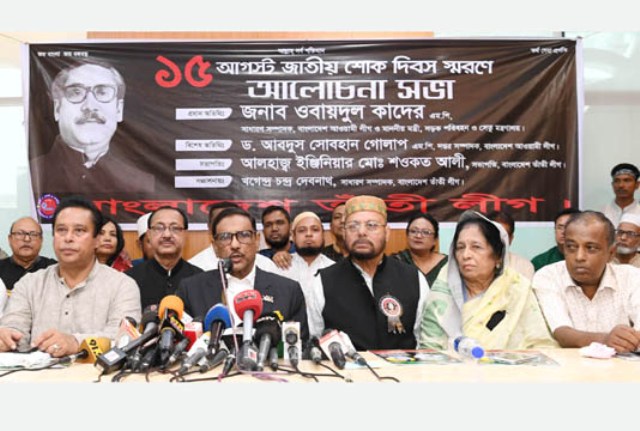 “As it has been established in the people’s mind that BNP was involved in Father of the Nation Bangabandhu Sheikh Mujibur Rahman’s killing and it tried to kill Prime Minister Sheikh Hasina through grenade attacks. Leaders of the party (BNP) are talking nonsense, thinking about their endangered future,” he said.

Quader, also road transport and bridges minister, made the remarks while addressing a discussion organized by Tanti League marking the National Mourning Day at the AL central office in the city’s Bangabandhu Avenue area.

“Their (BNP) hands are stained with blood as they do the politics of killing,” he said, adding that they tried to erase Bangabandhu from the history of Bangladesh, but they themselves have been erased.

Tarique Rahman is spreading falsehood and doing politics of conspiracy staying in London, he said, adding that when they (BNP) face the truth in the month of August, they become intolerant.

They are now trying to make a ‘nationalist father of the nation’, Quader said, adding those will be trashed into the dustbin of history.