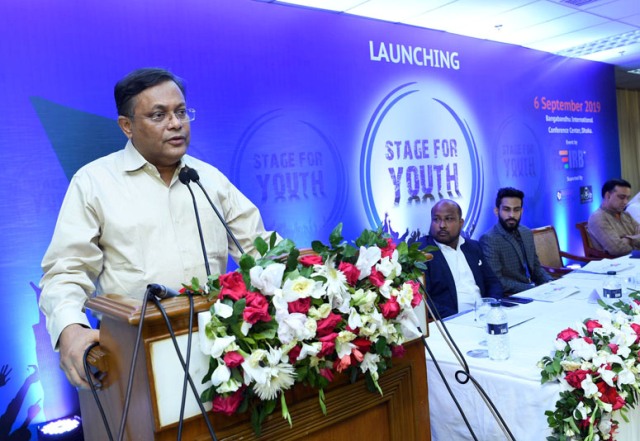 Information Minister Dr Hasan Mahmud today expressed his optimism that the young generation would play the key role in turning the country into a developed one by 2041. “Bangladesh will be able to materialize its cherished Vision 2041 utilizing the inherent power of youths,” he told the launching ceremony of ‘Stage For Youth’ at the Bangabandhu International Conference Centre (BICC) here.

The information minister said the youths have played an important role in every revolutionary change across the globe. The youths had played historic roles in all past democratic movements of the country, including the 1952 Language Movement, the 1971 Liberation War and the 1990 mass-movement.

He said under the leadership of Prime Minister Sheikh Hasina, the country has made an outstanding advancement that has been taking roots in every sector, bringing repute for the nation. He said after the Liberation War, the life expectancy of the country was only 39 years but now it stands at 73 years, compared to 63 years in Pakistan and 69 years in India.

Speaking on the occasion, Palak said the government will always stay beside the youths to make them the country’s worthy citizens. He hoped the ‘Stage For Youth’ will play an important role in creating job opportunities for youths.