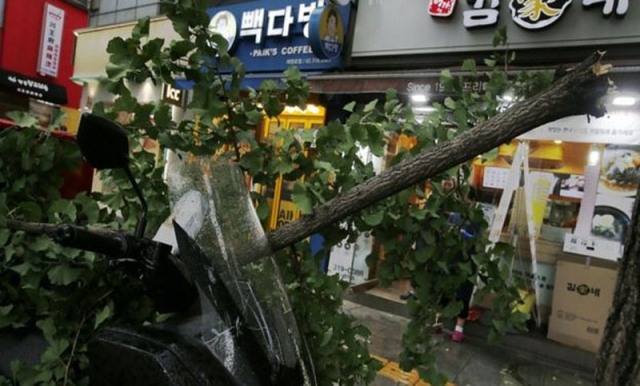 Typhoon Lingling has caused widespread disruption across South Korea, with at least three people killed and thousands of homes left without power.

There are fears that the storm could damage crops in the North, which suffers severe food shortages.

He described them as “helpless against the typhoon, unaware of its seriousness and seized with easygoing sentiment”, Korean Central News Agency (KCNA) said.

The government was giving “primary attention” to the protection of crops as well as dams and reservoirs, KCNA said.

Residents in areas prone to flooding were being evacuated and “watchmen” were monitoring key infrastructure such as bridges and buildings, the agency added.

Lingling made landfall in South Korea earlier on Saturday and was heading north with winds gusting up to 140 km/h (86 mph), the South’s Yonhap news agency reported.