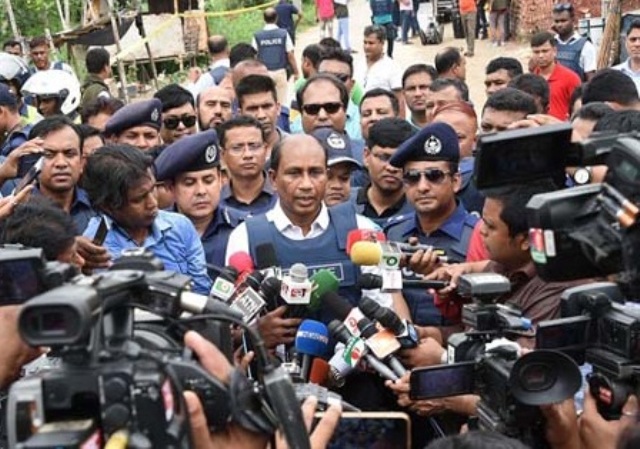 News Desk : Chief of Counter Terrorism and Transnational Crime (CTTC) unit of Dhaka Metropolitan Police (DMP) Monirul Islam said the three suspected militants, who were detained earlier in the day during the raid at a house at Takkar Math in Fatullah, have links with five recent attacks in Dhaka.

He said: “One of the arrestees, Fariduddin Rumi is a member of Neo JMB. They have links with five recent attacks and attempts to attack in Dhaka.”

He made the disclosure while addressing a press briefing on the spot in the afternoon.

In the early hours of the day, the police in a drive arrested Jamal Uddin Rafique, Farid Uddin Rumi, teacher of Ahsanullah University and a state run Agrani Bank employee Jannatul Wara Anu from a three-storey building, owned by Jainal Abedin in Takkar Math area of Fatullah upazila.

Some bomb-making materials and explosives were also found in one of the houses which were similar to some of the explosives recovered from the spots of Dhaka where terrorists carried out attacks, Monirul said.

CTTC Assistant Commissioner Touhidul Islam said there was a laboratory inside the house where some improvised explosive devices were also found.