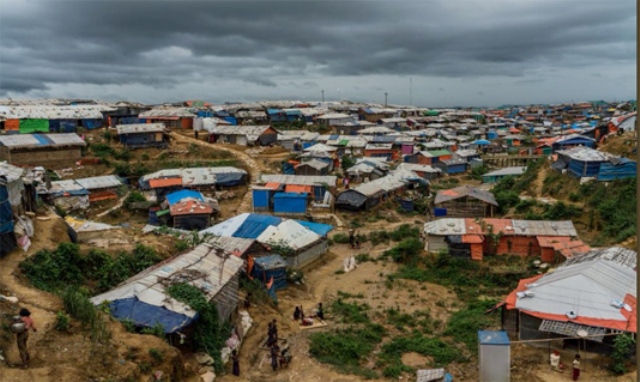 Bangladesh, China and Myanmar have agreed to form a tripartite joint working mechanism to observe repatriation efforts, on the ground, of the forcibly displaced Rohingyas to Rakhine.

“China gave us the proposal to form a tripartite joint working mechanism comprising Bangladesh, China and Myanmar …. to evaluate the task (repartition) jointly,” Foreign Minister Dr A K Abdul Momen told reporters after holding a meeting with his Chinese and Myanmar counterparts on the sidelines of the UN General Assembly in New York on Monday, according to a message receive here today.

The foreign minister said the first meeting of the proposed tripartite joint working mechanism is likely to be held in next month. “Myanmar showed some objections (about the tripartite mechanism) initially but at the end they agreed on it,” he added.

Momen said Myanmar is yet to build confidence of the Rohingyas to go back their homeland. Rohingyas will return whenever they feel that they have safety, security and free mobility in Rakhine, he added.

“Today’s good news (at meeting) is – Myanmar said they will take back (Rohingyas) as soon as possible,” Momen said.

Recently, Chinese Ambassador to Bangladesh Li Jiming has said his country stands ready to mediate between Bangladesh and Myanmar to promote the repatriation process of forcibly displaced Rohingyas in an active manner as soon as possible.

“China is a friendly neighbour, and stands ready to mediate and promote (Rohingya) the repatriation process in an active manner to help find a solution as soon as possible,” he said in a statement, issued by Chinese embassy in Dhaka.

The statement was issued as the Chinese envoy visited Rohingya camps in Cox’s Bazar from September 15 to 17.