Xi bows to Mao ahead of China’s 70th anniversary 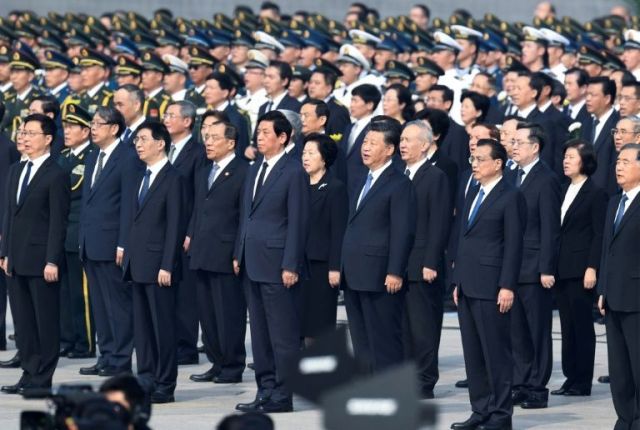 He also paid respects to the remains of Mao, whose embalmed body is kept in a glass display at the memorial hall. The last time a Chinese leader bowed to the statue of the “Great Helmsman” was six years ago, when Xi commemorated Mao’s 120th birthday.

The move to honour the founder of the People’s Republic of China comes as the country readies itself for a day of tightly-choreographed festivities, including a massive military parade and the release of 70,000 doves. The anniversary is meant to showcase China’s extraordinary rise from the ravages of war and famine to a modern, powerful nation state whose economic and military muscle is viewed by many with increasing concern.

But the celebration comes in a very bad year for the Chinese president. The US-China trade spat threatens to pummel the global economy, while African swine fever has sent the price of pork — the country’s staple — soaring.

Months of unrest and pro-democracy protests in semi-autonomous Hong Kong also threaten to upstage Tuesday’s celebrations, with fierce clashes between protesters and riot police erupting on Sunday. Democracy activists in the financial hub have vowed to ramp up their nearly four-month-long campaign ahead of the National Day, which Hong Kong protesters have dubbed a “Day of Grief”.

On Monday morning, Xi and other leaders of the Communist Party of China also attended a wreath-laying ceremony to honour national heroes on Tiananmen Square.

A choir of children in crisp white shirts and red scarves sang before Xi approached the Monument to the People’s Heroes — a tall obelisk in the middle of the square — where baskets of flowers decorated with red banners were placed.

“A promising nation must have heroes, and a country with future prospects must have pioneers,” said state-run CCTV in a broadcast of the ceremony, quoting Xi.