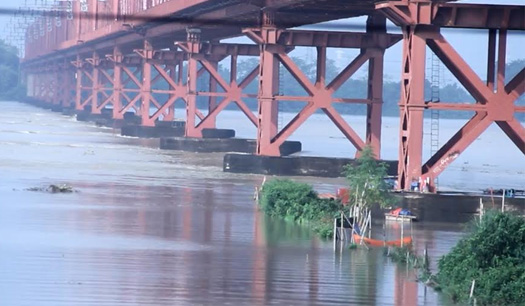 Nearly 78,000 people of 18,589 families have been marooned due to onrush of floodwater from upstream of the Padma river in Rajshahi and Chapainawabganj districts. Most of the low-lying and char areas have been submerged by the floodwater, which engulfed houses and standing crops.

The floodwater made the life of people of charlands in Godagari, Paba, Charghat, and Bagha Upazilas in Rajshahi and Sadar and Shibgonj Upazilas in Chapaiawabgonj districts miserable. The floodwater has completely damaged standing crops on 8,342 hectares land while crops on 40 hectares have been damaged partially in the two districts.

BWDB officials are putting in their level best efforts to protect the Rajshahi City Protection Embankment as some of its points have become vulnerable due to the strong current of flood water, said Muhammad Ali, Chief Engineer of BWDB.