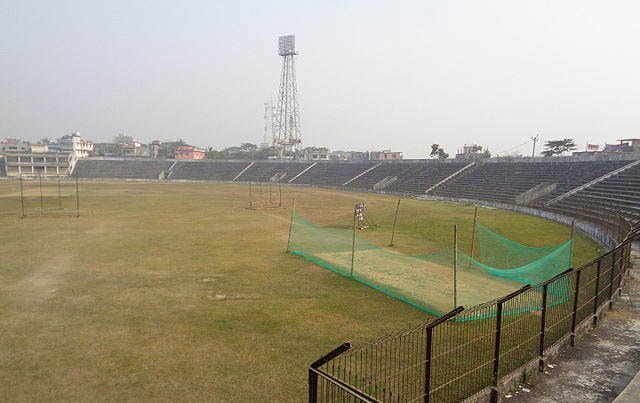 News Desk : Barishal’s Shaheed Abdur Rab Serniabat Stadium is set to host the two-match four-day series between Bangladesh Under-19 and Sri Lanka Under-19 team, scheduled to begin from October 26.

This will be the first time, the stadium would host any match involving an international team.

Local organizers are working hard to make sure that the stadium is ready to host the match without any problem.

Bangladesh Cricket Board (BCB) officials are visiting the stadium regularly to see the progress of the stadium as lot of improvement is happening around the stadium for these matches.

BCB is trying to upgrade the two dressing rooms so that it can meet up the demand of international standard while they are also renovate some of the pavilions for the upcoming series between the two team’s Under-19 squads.

According to local organisers though some local national league matches have been played in the stadium but no foreign team has visited the stadium so far while despite installing the floodlights it seemed to be getting wasted due to lack of use.

“BCB engineers are regularly visiting the stadium and they are supervising the work and we are following their instruction to make the stadium international standard,” said Alamgir.

Bangladesh and Sri Lankan players will travel to Barisal on October 23.