Subversion on against Sheikh Hasina: Hasan 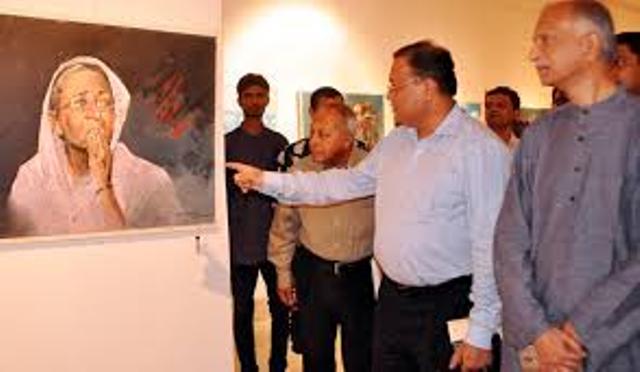 “Conspirators killed Bangabandhu as they failed to defeat him politically . . . now the plotters are trying to do the smae against his daughter Prime Minister Sheikh Hasina,” he told at a meeting at Shilpakala Academy auditorium.

Hasan said Sheikh Hasina is not only Prime Minister of Bangladesh or President of Awami League but also an icon against all sorts of irregularity. “Prime Minister Sheikh Hasina, the daughter of democracy, is the pioneer of development and progress,” he added.

Hasan said the country would turn into a developed nation by 2041 under the leadership of Prime Minister Sheikh Hasina. She has made an outstanding advancement that is taking roots in every sector, bringing glory to the nation, he added.

The minister said after the Liberation War, the life expectancy of the country was only 39 years but now it stands at 73 years, compared to 63 years in Pakistan and 69 years in India.

The minister said Bangladesh is now far ahead of Pakistan in all indices, including in human, economic and social.

Hasan said Bangladesh is moving fast keeping pace with the developed world to become a developed nation. “The world will be astonished in the coming days seeing the progress of Bangladesh and for this we need a new patriotic and meritorious generation,” he added.

The economy of the country has been strengthened in the past 10 and a half-year of the government, he said, adding that the size of the economy has increased three times.

“The country is moving ahead though Bangladesh is one of the most densely populated countries in the world with lowest agricultural land. The world leaders, Noble winners and the World Bank economists are praising the unpredictable development,” the minister said.

“Bangladesh is now the number one country in the world for achieving high GDP growth rate,” Hasan said, adding, “Now, we have a dream to become a middle-income country by 2021 and a developed nation by 2041. We also need to make a humanitarian nation along with infrastructure development.”