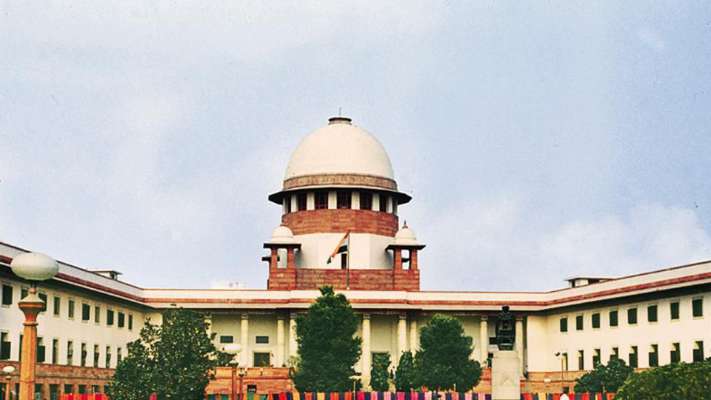 The Supreme Court of India today reserved its verdict on the decade-old Ram Mandir-Babri Mosque land dispute case as the apex court wrapped up its daily hearing on the sensational case this afternoon after 40 days.

The judgment of the case is expected to be delivered before November 17, when Chief Justice Ranjan Gogoi, who is leading the five-judge constitution bench hearing the case, is scheduled to go for retirement, court sources said.

“The Supreme Court has reserved the order and has made it clear that the decision will come by next 23 days,” said Varun Sinha, lawyer of Hindu Mahasabha while talking to newsmen at the court premises.

The bench, which also comprises justices S A Bobde, D Y Chandrachud, Ashok Bhushan and S A Nazeer, is hearing appeals against the September 30, 2010 judgment of the Allahabad high court which ordered a three-way division of the disputed 2.77 acres in Ayodhya.

The judges had been sticking to a strict timeline after attempts to sort out the case through mediation failed. Over the last weeks, they have extended hearing timings and rebuked the advocates for spinning it out, media reports said.

This morning, Chief Justice Ranjan Gogoi, declaring “Enough is enough” after a lawyer asked the top court for more time for arguments, said they would finish the hearing by 5 pm.

Justice Gogoi had earlier expressed concern that in the current schedule, there would hardly be time to write the judgment, Indian private TV NDTV reported.

The court has asked the petitioners to submit within three days what relief they want in the judgment.

The five-judge constitution began day-to-day proceedings on August 6 after mediation proceedings failed to find an amicable solution to the dispute. On Monday, the Supreme Court resumed daily hearings after a week-long Dussehra break.

It heard from Muslim respondents who said there was no claim for the title of the land in Ayodhya by Hindus until 1989. They asked for the restoration of the Babri Masjid as it stood before it was demolished in December 1992.

Fourteen appeals have been filed in the top court against the 2010 Allahabad High Court judgment, delivered in four civil suits, that the 2.77-acre land in Ayodhya be partitioned equally among the three parties – the Sunni Waqf Board, the Nirmohi Akhara and Ram Lalla, the TV reported.

Many Hindus believe the land was the birthplace of Lord Ram and a mosque was built there on the ruins of an ancient temple. The 16th century Babri mosque at the spot was razed in December 1992 by right-wing activists. The destruction of the mosque sparked riots in the country.