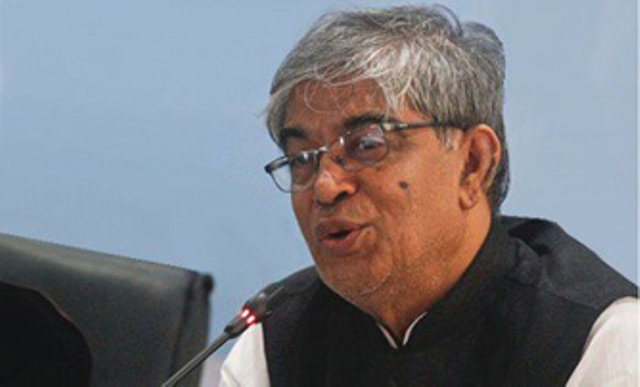 The appointment of administrators to country’s two leading mobile phone operators– Grameenphone (GP) and Robi–was approved by the government today as per the recommendation of telecom regulator, BTRC, over audit claims amounting to Taka 13,446 crore.

“BTRC’s recommendations on appointment of administrators to GP and Robi approved and sent it back for next course of action,” Posts and Telecommunications Minister Mustafa Jabbar told BSS in the evening.

Replying to a query, he said the ministry and Bangladesh Telecommunication Regulatory Commission (BTRC) have taken the decision unanimously as per the law.

Earlier on Tuesday, BTRC sent recommendations to the ministry of posts, telecommunications and information technology seeking approval to go ahead with the appoint procedures of administrators to GP and Robi.

Talking to BSS this evening, BTRC Chairman Md Jahurul Haque said they will start the process of searching qualified persons for the job.

“We will try to appoint qualified, skilled, honest and experienced persons as administrators,” he added.

Officials familiar with the process said four administrators in each of the companies would be appointed, of which one would act as chief executive officer. The three others would be legal, engineering, and finance and marketing experts.

BTRC claimed Taka 12,579 crore to Grameenphone and Taka 867.24 crore to Robi as per the findings of separate audits.

On September 5, BTRC served show-cause notices to GP and Robi for realising the outstanding dues giving a 30-day deadline whether their 2G and 3G licenses would be revoked. Later, both the operators replied the show-cause.

But, BTRC said the carriers’ replies were not satisfactory and the commission had decided to suspend their 2G and 3G licenses before appointing the administrators to run the businesses.

Earlier, the telecom regulator issued demand notes to the respective operators several times. The BTRC had run technical and financial audits on their network since their inception to till the year 2015.

Earlier on July 4 this year, the telecom regulator directed all the International Internet Gateway (IIG) operators to cut down 30 percent bandwidth of the total usage of GP while it was 15 percent for Robi to realise the dues. But, later the partial block was lifted on July 17 considering the inconveniences of the subscribers.

The BTRC also suspended issuing NOC for importing equipment to run the operators network as part of the punitive measures.

According to the BTRC, Grameenphone has 7.48 crore active connections while Robi owns 4.77 crore connections and about half of them are using internet services.