JPC linked with every historical event of nation: Hasan 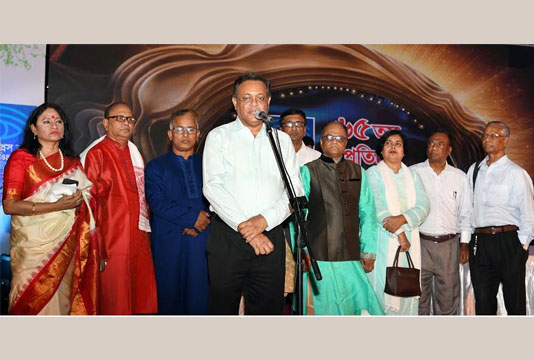 Information Minister Dr Hasan Mahmud today said the Jatiya Press Club (JPC) is linked with every historical event of the nation as its former leaders played a pivotal role in the country’s every movement, including the War of Liberation.

“The mass media is a mirror of the society. The journalists always play a pioneer role in building a developed country and a developed nation,” he said while addressing a function marking the 65th founding anniversary of the JPC on the club premises this evening here.

Presided over by JPC President Saiful Alam, General Secretary Farida Yeasmin spoke in the function, among others.

Club members and senior journalists, including Managing Director and Chief Editor of Bangladesh Sangbad Sangstha (BSS) Abul Kalam Azad, were present in the function, among others.

It is impossible to build a developed nation only through structural development, but it needs the combination of patriotism, compassion and moral values among the people, said Hasan, also Awami League publicity and publication secretary.

He hoped that the journalists would play a sharp and precise role to build a developed Bangladesh and a developed nation.

Paying rich tributes to the late leaders of the JPC, the information minister said they not only enriched the JPC through their dynamic leadership, but enriched the Bangalee nation as well.

He wished success of the JPC successively.