Sheikh Kamal IT institute to be set up in Meherpur 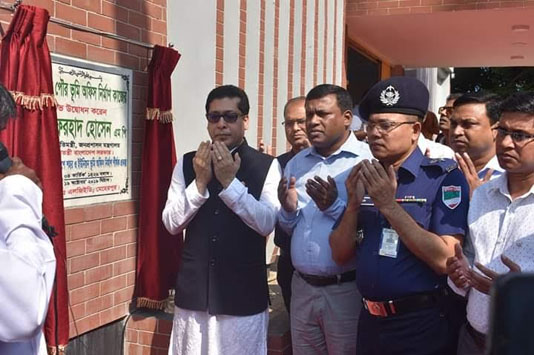 State Minister for Public Administration Farhad Hossain here today said that the Sheikh Kamal IT Training Centre would be set up in Meherpur to accelerate the pace of digitalization.

“A site has already been selected to set up an IT institute in Meherpur. The construction work will begin in the next fiscal year. It will help the young generations of Meherpur become efficient in ICT sector,” he made the comments while addressing as chief guest at the inauguration of the 33KV power line at OJOPADIKO office.

The state minister said the government has ensured 100 percent electrification in Meherpur.

Now the country is moving fast on the development highway, he said, adding that the Meherpur people no longer have to use the light of lamps.

A new power line of 30 km and 33kV has been set up at Meherpur at a cost of Tk.8 crore 27 lakh. Later, the state minister inaugurated the power line by unveiling the plaque of a 33 kV power line.