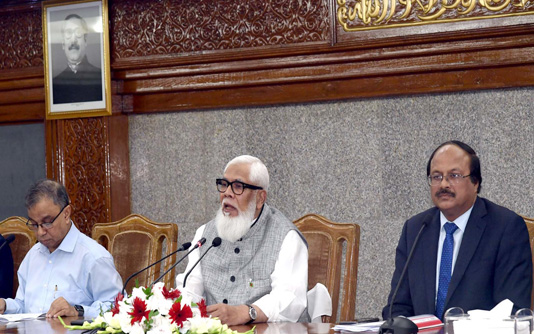 Bangladesh has moved eight notches up in the ‘Ease of Doing Business Index 2020’ of the World Bank (WB) as it has ranked 168th among 190 economies across the world. Bangladesh’s rank was 176 in the last year’s index.

“For the first time, Bangladesh has been recognised as Top-20 improver and secured a ranking of 168th position in Doing Business Index. In the 2020 Index, Bangladesh score is 45, which is 3.03 points higher than that of last year,” said Bangladesh Investment Development Authority (BIDA) at a press conference at the Prime Minister’s Office (PMO) here today.

In his speech, Salman Fazlur Rahman said the efforts to improve Bangladesh’s position in the ranking have started lately, especially after the current Awami League government reassumed office in 2019.

“The cut-off date for this ranking was April, so we didn’t have much time. In the past years, Bangladesh’s position slightly improved or deteriorated. Now, however, Bangladesh has gone eight steps ahead and Bangladesh has been recognized as one of the top-20 performers, which is still significant,” he added.

Abul Kalam Azad said the government is starting addressing carefully the 10 issues of the ease of doing business. “We will form 10 teams for the 10 issues. They will work continuously on the issues,” he added.

He said the government, in partnership with the International Finance Corporation (IFC), has been working on the Bangladesh reforms agenda. IFC has been providing necessary technical support in developing the Bangladesh Reform Action Plan and its implementation, he added.

He informed that the government aims to achieve the country’s double-digit ranking by 2021 for which reform momentum requires acceleration and big-ticket reforms need successful implementation, including amendment of Companies Act, Bankruptcy Act, Arbitration Act and Imarat Nirman Bidhimalas, enactment of Secured Transaction Bill, establishment of Commercial Dispute Resolution Court, and introduction of efficient inspection systems for broader compliance by developing risk-profiles of businesses.

The ease of doing business index is an index created by the World Bank Group. The index is based on the average of 10 sub-indices – starting a business, dealing with construction permits, getting electricity, registering property, getting credit, protecting investors, paying taxes, trading across borders, enforcing contracts and resolving insolvency.

According to the World Bank Group’s Doing Business 2020 study, Bangladesh carried out three business reforms during the past year, the most in a decade.

The three recent reforms are: setting up a new business became less expensive with the reduction of registration and name clearance fees and removal of the certifying fee for digital certificates; obtaining an electrical connection was made more efficient as the Dhaka city invested in digitization and human capital and at the same time, the country reduced the amount of the security deposit required for a new connection and access to credit information was improved thanks to expanded coverage by the credit information bureau.

“It would be important for Bangladesh to build on the recent achievement and further accelerate regulatory reform efforts to continue to improve the business climate,” he added.