Termites, bugs should be ousted from AL: Hasan 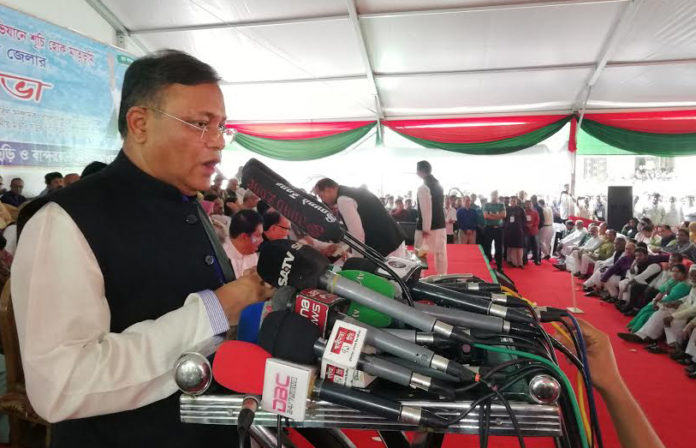 Alerting all concerned in Awami League to stop intrusion of pseudo-Awami Leaguers into the party, Information Minister Dr Hasan Mahmud today said the intruders in guise of ‘termites and bugs’ should be driven out of the party.

“Since 1975, Awami League was not in power for 21 years. That time the party carried out movements facing hard time, not with weak organizational capability but a strong footing,” he said while addressing a conference of representatives of six organizational districts at King of Chittagong here.

Stating that the AL needs dedicated leaders and activists, Hasan said the anti-liberation forces were in power for 21 years and those, who were involved in throwing patrol bombs on AL men and carrying out repression on the party men, should be driven out from the AL.

He said complacency has gripped many AL men in some areas due to the party’s steering the country for the three consecutive times. “There is no reason to think that this good time will be everlasting. We must get ready to face any situation,” he added.

Hasan, also AL publicity and publication secretary, warned that when Bangabandhu Sheikh Mujibur Rahman along with most of his family members was killed in 1975, no one imagined that such disaster would befall on the party.

The anti-liberation forces are still out to oust the AL from power, he said, that is why entering ‘termites and bugs’ into the AL is the new edition of conspiracy going on aiming to create chaos into the party. “But, the party (Awami League) must be protected from the plot,” he added.