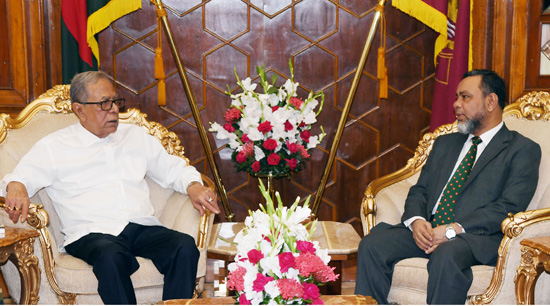 The head of state gave him this directive as he (Shafiul) paid a courtesy call on him at Bangabhaban this evening.

Lauding his outstanding performance and work efficiency as the cabinet secretary, President Hamid hoped that he would continue to act as before at his new post in the days to come.

A civil servant of Bangladesh, Mohammad Shafiul Alam was the country’s 21st Cabinet Secretary. Shafiul was appointed as alternative executive director of the WB for next three years as Muhammad Musharraf Hossain Bhuiyan’s tenure in the WB ends in October.

Outgoing cabinet secretary Shafiul Alam expressed his gratitude to the President for providing support in carrying out his duty here and also sought cooperation of the President in his new position.

Secretaries concerned to the President, among others, were present at the meeting.