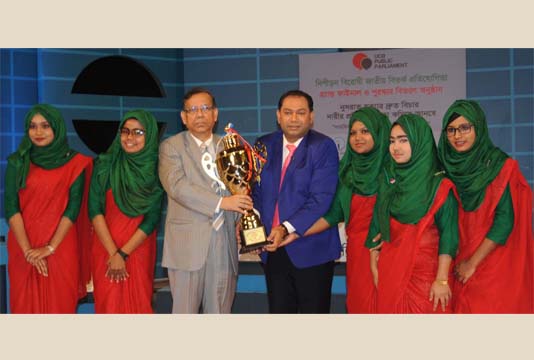 Law Minister Anisul Huq today warned that those who would carry out violence against women must suffer the maximum punishment. “The investigation of Feni madrasha student Nusrat Jahan Rafi murder case and the speedy settlement of the case would be considered as a milestone considering the country’s socioeconomic perspective,” he said.

The law minister was addressing a function at the FDC here on the occasion of grand final and prize distribution ceremony of an anti-violence national debate competition.

Debate for Democracy organised the debate competition on violence against women.

Speaking as the chief guest, Anisul said the speedy trial of the Nusrat murder case can help come out of the culture of impunity by ensuring justice and establishing equity among men and women.

The fair trial of the Nusrat murder case was ensured as the law enforcers and prosecution had played their respective roles properly and in a fair manner, he said.

“We can prevent the incidents of violence against women through speedy trial of cases and creating awareness in the society and motivating people,” the law minister said. Dhaka College and Eden College jointly became champion in the debate competition.