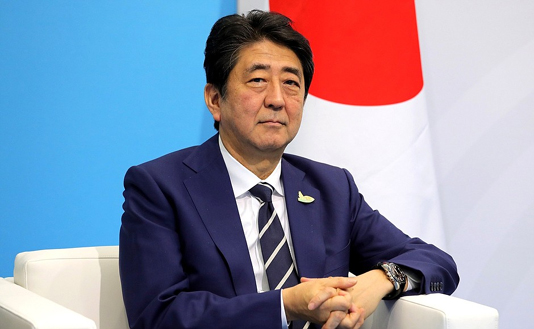 The upcoming visit of Japanese Prime Minister Shinzo Abe to India was postponed as India’s external affairs ministry said, “Both sides have decided to defer the visit to a mutually convenient date in the near future”.

The high-profile visit was scheduled for December 15-17 in Guwahati, the main city of Assam for an annual summit with Abe’s Indian counterpart Narendra Modi.

“With reference to the proposed visit of Japanese PM Abe to India, both sides have decided to defer the visit to a mutually convenient date in the near future,” External Affairs Ministry spokesperson Raveesh Kumar said.

“We don’t have any update to share,” Kumar said responding to a query at a weekly media briefing at the External Affairs Ministry here on Thursday.

Earlier, India and Japan had officially announced December 15-17 as the dates for Abe’s visit but both sides had refrained from naming the venue. But, later the both sides had confirmed that Guwahati was to be the summit venue.

Against the backdrop of violent protests in Guwahati over the new citizenship law, India and Japan on Friday decided to defer the annual summit between the two prime ministers over the weekend, media reports said.

Guwahati, the planned venue for a three-day summit between Abe and his Prime Minister Modi, has been engulfed in violent protests over the Citizenship (Amendment) Bill, which was passed in both houses of Indian parliament.

On Thursday, Bangladesh Foreign Minister Dr AK Abdul Momen deferred his India visit to next month with his office saying he planned to reschedule the tour to join Martyred Intellectual Day programme on December 14.

Home Minister Asaduzzaman Khan, who was scheduled to visit Meghalaya for an event today, also called off his visit to India.

At least two people were killed and scores of injured in clashes with police during violent protests against the controversial “Citizenship (Amendment) Bill, 2019. Media reports from the Guwahati and Tripura said that violent protests continue unabated in Assam and Tripura even a day after Rajya Sabha passed the bill pushing it one step closer towards becoming a law.

The Indian government has rushed army and paramilitary troops to Assam and Tripura while protests gather momentum and agitators defy curfew orders to hit the streets, they added.

The legislation sought to amend the 1955 Citizenship Act by granting citizenship to six non-Muslim minority communities-Hindus, Buddhists, Sikhs, Christians, Parsis and Jains- who migrated India from Pakistan, Bangladesh and Afghanistan on or before December 31, 2014.