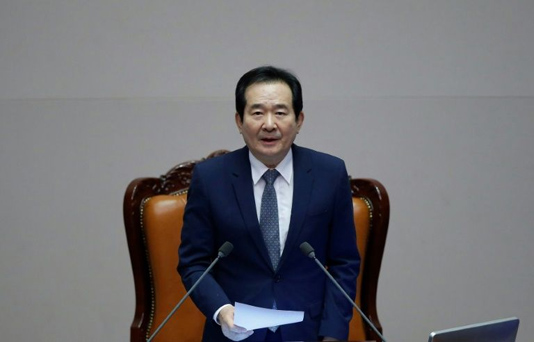 Chung Sye-kyun — a six-term lawmaker and former commerce minister — earned the soubriquet for his mild demeanour, and local reports say he has six times been voted the “most gentlemanly lawmaker” by reporters covering the National Assembly.

“He has always persued politics that listen, by valuing dialogue and compromise with his gentle personality,” Moon said. Under South Korea’s strong executive presidency, the prime ministerial job is largely ceremonial.

Chung’s nomination comes after Moon’s first choice as justice minister, Cho Kuk, was forced to resign in October only a month after his appointment as a huge scandal swirled over academic privileges allegedly given to his children.

Huge crowds took to the streets in support of and against the law professor, and Moon ended up offering a public apology for “creating a conflict among citizens”.