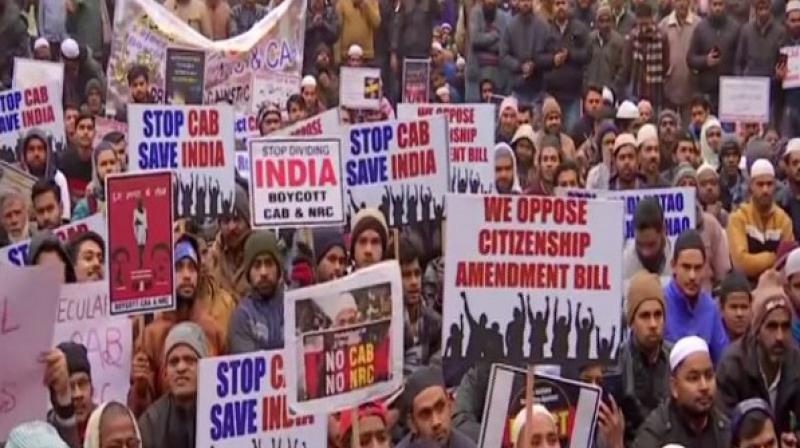 Senior opposition leaders, a large number of students and activists were detained on Thursday by police on their
way to two mega demonstrations against the new citizenship law as prohibitory orders and restrictions on internet and mobile phone services in parts of Delhi-NCR region inconvenienced thousands of people.

Entry and exit gates of at least 18 Delhi Metro stations were shut while barricades were erected in large part of South, East and North Delhi to check movement of protesters, triggering massive traffic snarls in large parts of the city. Internet, voice and messaging services by Airtel, Vodafone Idea and Reliance Jio were suspended in parts of Delhi-NCR following instructions from the police.

As per the order, services were suspended for locations including walled city areas of north and central districts, Mandi House, Seelampur, Jaffarbad, Mustafabad, Jamia Nagar, Shaheen Bagh and Bawana.

“In view of the prevailing law and order situation, it is hereby directed that communication of all types i.e. voice, SMS and internet, be halted from 0900 hours to 1300 hours in Cell IDs/BTS (base transceiver stations) covering the following areas for 19-12-2019,” said the order issued by Deputy Commissioner of Police, Special Cell, New Delhi.

In the area around the Red Fort, scores of protestors were dragged into buses by police in a bid to clear the area where Section 144 of the CrPC was imposed which restricts gathering of more than four people. “I have just been detained from Lal Qila. About a thousand protesters already detained. Thousands on the way,” Yadav tweeted.

The protests were organised in Delhi as part swirling agitation against the citizenship law which triggered massive demonstration in across the country. “How many people will your jails hold? As Gandhiji said, once people
lose the fear of being detained, they are free. Then the oppressors have lost. That is what is happening with the CAA protests,” tweeted activist Prashant Bhushan.

As they were not allowed to proceed to venue of the protests, small demonstrations were held in several areas including Rajghat, Shantivan, Daryaganj and the area near Inter State Bus Terminal in Kashmiri Gate. “I know many of our mates are being detained, despite that many have gathered here. The citizenship of this country cannot be divided and this is our protest call today,” Yadav said.

“We urge people to not listen to any rumours. Section 144 has already been imposed in the area. Please cooperate with the Delhi Police,” said Deputy Commissioner of Police (Central) Mandeep Singh Randhawa said.

Two protests are scheduled in the national capital, one by students and activists and the other by left parties. The two marches are to meet at Shaheen Park near ITO.