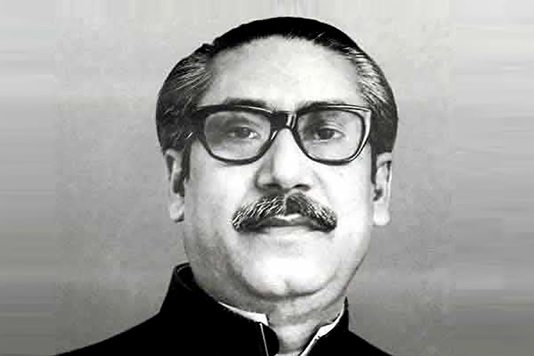 The countdown to the observance of Father of the Nation Bangabandhu Sheikh Mujibur Rahman’s birth centenary will begin tomorrow at the Tejgaon Old Airport in the city where Bangabandhu landed in the freshly liberated and sovereign Bangladesh on January 10, 1972.

Prime Minister Sheikh Hasina will inaugurate the countdown tomorrow afternoon for the observance of Bangabandhu’s birth centenary from March 17, 2020 to March 17, 2021 aimed at presenting the life and works of Bangabandhu before the people, especially the new generation. Through the inauguration, the countdown will begin simultaneously in every district, upazila and all public gathering places across the country.

Devices for countdown are being set up at different public places in the city, divisional cities, districts, city corporations and upazilas across the country. Twelve city corporations are setting up devices in the 28 points while 83 devices are also being set up divisional cities, 53 districts, two upazillas and Dhaka city, including Dhaka University.


Many ministries, divisions, departments, socio-cultural organisations and public and private universities are also setting up devices through their own initiatives. Talking to BSS, Chief Coordinator of Father of the Nation Bangabandhu Sheikh Mujibur Rahman’s Birth Centenary Celebration National Implementation Committee Dr Kamal Abdul Naser Chowdhury said the countdown to the observance of the birth centenary will begin through creating a symbolic atmosphere of the return of Bangabandhu, the undisputed leader of the nation, to the sacred soil of independent Bangladesh.

As January 10 is a historic day for the nation, he said, they are going to start the countdown from the day. On January 10, 1972, Bangabandhu returned to the sacred soil of independent Bangladesh via London and New Delhi, after 290 days of captivity in Pakistan jail.

Bangladesh, Kamal Chowdhury said, is going to celebrate the birth
centenary aimed at accelerating the country’s development activities and
services for building a hunger and poverty free ‘Sonar Bangla’.


“Our goal is not just to celebrate the birth centenary, but to add a new
dimension in the country’s development activities and services for building
‘Sonar Bangla’ as dreamt by Bangabandhu,” he added.

The chief coordinator said different socio-cultural and political
organisations from grassroots to national level, ministries and divisions are
taking programmes to celebrate the birth centenary.

“Many programmes are being taken marking the Mujib Year. We have already
selected over 299 proposals of programmes, came from home and abroad. We are
providing necessary supports to implement the programmes. We have formed
eight subcommittees for ensuring smooth implementation of the programmes,” he
added.

The programmes include short films, screening documentaries, introducing
international award in the name of Bangabandhu and Green Factory Award.

Kamal Chowdhury said there will be an inauguration programme on March 17
this year where eminent personalities from home and abroad will attend.


For ensuring smooth celebration of the birth centenary, the government has
formed a national committee and a national implementation committee. Prime
Minister Sheikh Hasina has been made the president of the national committee,
while PM’s former principal secretary Dr Kamal Abdul Naser Chowdhury became
the member secretary.