Countdown of the birth centenary of Bangabandhu begins across country 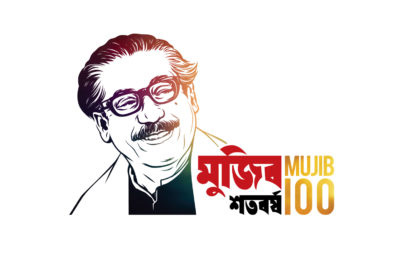 Bangabandhu’s birth centenary celebration will start on March 17 this year and will continue till March 17, 2021. In Rajshahi, Rajshahi City Corporation (RCC), district and upazila administration have chalked out elaborate programmes to celebrate the ‘Mujib Borsho-‘ everywhere in the district amidst festivity and joy.


In Rangpur, Rangpur city turned jubilant with festive atmosphere all-around with the launching of the countdown of the (Mujib Year) in a function held on the Town Hall premises in the city this afternoon. Deputy Commissioner (DC) Md. Asib Ahsan said elaborate programmes have been taken for the year-long celebration of the birth centenary of Bangabandhu in the Mujib Year in the district from March 17 next.

“Adequate steps were taken today to enable people from all walks in life at
the union, upazila and district levels to enjoy the historical countdown
event across the district in a hassle-free manner,” he added.

As part of the programme, the AL leaders and government officials placed
floral wreaths at the portrait of Father of the Nation Bangabandhu Sheikh
Mujibur Rahman and paid homage to the memory of the martyrs of the War of
Liberation.

A documentary was presented thorough projectors showing life sketch of the
Father of the Nation Bangabandhu Sheikh Mujibur Rahman. Later, the National
Anthem was rendered.

In Gaibandha, all necessary preparation has been taken on countdown
celebration of ‘Mujib Year’ organized by district administration.


This was revealed by Abdul Matin, deputy commissioner (DC), at the
conference room of district administration here.

In Netrakona, as part of the national programme, the countdown of the birth
centenary of the Father of the Nation Bangabandhu Sheikh Mujibur Rahman was
launched with a festive atmosphere.

State minister for Fisheries and Livestock Ashraf Ali Khan Khasru, MP,
formally inaugurated the countdown at the countdown point near local
Muktarpara bridge where countdown devices were installed by the district
administration.

In Chapainawabganj, the countdown of the birth centenary of the Father of
the Nation Bangabandhu Sheikh Mujibur Rahman was launched today.


The district administration has taken elaborate programmes on the countdown
ceremony of “Mujib Barsho”.

A grand rally was arranged at Chapainawabganj stadium, where a large number of people from all walks of life gathered and watched the live broadcast of Prime Minister’s inaugural speech on two large screens. Chapainawabganj district administration installed a countdown machine on the DC office premises.
(BSS)