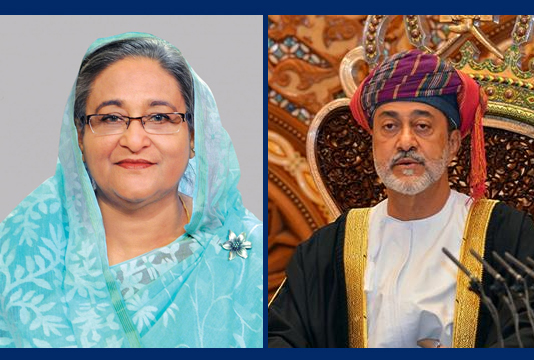 “I strongly believe that with your vast experience and profound wisdom, you would be able to play a proactive role in maintaining ongoing progress and further advancement of Oman both at home as well as in the international arena,” she said. Sheikh Hasina said she is looking forward to working with the new Sultan with more interaction and cohesion with a view to maintaining the existing excellent relations between the two countries and providing impetus to the mutual efforts.


“I also believe your guidance and supervision coupled with our concerted efforts would diversify and deepen the bilateral interactions further in the days to come,” she said. The premier wished the new Sultan for his continued success, good health and well-being and also the brotherly people of the Sultanate of Oman continued peace, progress and prosperity.