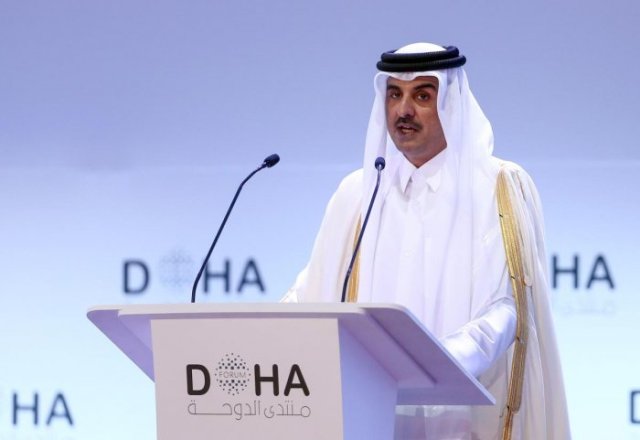 Qatar’s Emir Sheikh Tamim bin Hamad Al-Thani will visit Tehran, the government said Sunday, amid soaring tensions following the US killing of an Iranian commander and retaliatory strikes. Qatar is close to the US and hosts Washington’s largest military base in the region, but it also enjoys strong ties with Tehran, with whom it shares the world’s largest gas field.

Sheikh Tamim will meet with President Hassan Rouhani and other top Iranian leaders, Qatar-based broadcaster Al Jazeera reported. Qatar’s Foreign Minister Mohammed bin Abdulrahman Al-Thani reportedly called for a peaceful solution that would lead to de-escalation during a visit to Tehran in the immediate aftermath of the US strike on January 3.


“Yes it’s confirmed,” an official at Qatar’s Government Communications Office said, adding Sheikh Tamim would fly to Iran for what is believed to be his first official visit to the Islamic republic, following a stop in Oman. Sheikh Tamim left Doha for Muscat on Sunday morning “to offer condolences on the death of Sultan Qaboos”, the state-run Qatar News Agency reported.

The visit follows the US killing of Iranian general Qasem Soleimani in a drone strike near Baghdad’s airport, and Iran’s admission that it shot down an airliner near Tehran by mistake on Wednesday, killing all 176 people on board.


Iran retaliated against the US for Soleimani’s death by firing missiles at American assets in Iraq, which US President Donald Trump said caused no casualties. Qatar’s relationship with Shiite-dominated Iran, seen as the major rival to Sunni-ruled Saudi Arabia in the region, is one of the major factors underpinning a crisis between Qatar and its former allies.

Saudi Arabia, Bahrain, the United Arab Emirates and Egypt all cut ties with Qatar in 2017, accusing Doha of backing extremism and being too close to Iran, charges Qatar denies.
(AFP)