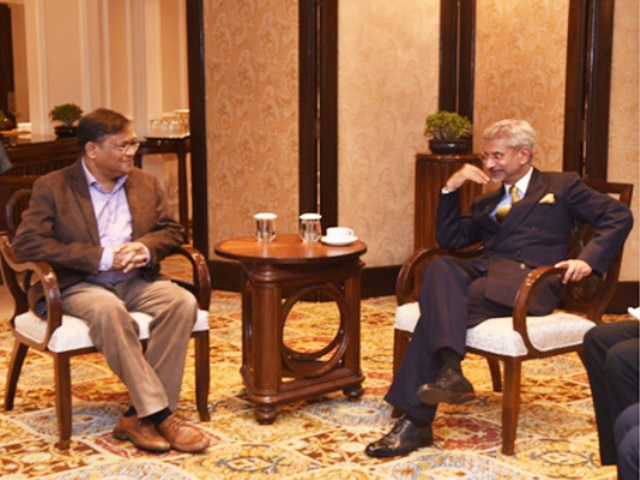 
Both the ministers, during the meeting, vowed to enhance the existing excellent bilateral relations between the two neighbouring countries. The Indian minister thanked Dr Hasan Mahmud for his relentless efforts in launching a broadcast exchange programme between Bangladeshi and Indian state-run radios, enabling audiences to listen to Bangladesh Betar and Akashvani radio in both the countries. Jaishankar also expressed his satisfaction over the advancement of relations in mass media between Bangladesh and India.

Dr Hasan Mahmud, who is now on a 4-day official visit to India, also expressed his gratitude to the Indian minister for his country’s heartfelt support in this connection. The Indian external affairs minister also told Dr Hasan to convey his message of “respect” to Prime Minister Sheikh Hasina. Acting High Commissioner of Bangladesh to India ATM Rokebul Haque and Indian foreign ministry officials were also present there.


Hasan took the initiative of launching the broadcasting of Betar’s programmes by All India Radio in line with the agreement after he assumed the charge of the information ministry. The information minister will return home after visiting Ramoji Film City in Hyderabad on January 17, the release added.
(BSS)