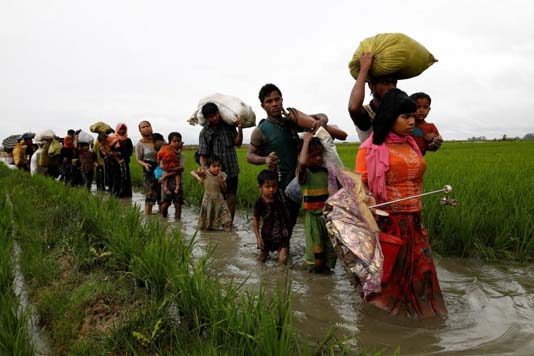 China has reaffirmed its willingness to provide further support within its capacity to Myanmar in the repatriation process and resettlement of the displaced people from Rakhine State.

This was stated in a joint statement released by the Myanmar government today at the end of the visit of Chinese President Xi Jinping’s two-day state visit to Myanmar ended on Saturday.

“The Chinese side supports the efforts of Myanmar to address the humanitarian situation and to promote peace, stability and development for all communities in Rakhine State”, reads the statement.


As per the statement, Myanmar reiterated its commitment to receive verified displaced people based on the bilateral agreement reached between Myanmar and Bangladesh.

Myanmar thanked China for its understanding of the complexity of the issue and for all its support to Myanmar, it also read.

Bangladesh currently extends makeshift refuge over 1.1 million forcefully displaced Rohingyas in Cox’s Bazar while most of them arrived since Myanmar launched a military crackdown on August 25, 2017, which the UN called a “textbook example of ethnic cleansing” and dubbed as “genocide” by other rights groups.


Bangladesh and Myanmar signed the repatriation deal on November 23, 2017

On January 16, 2018, Bangladesh and Myanmar finalised the physical arrangement for repatriating Rohingyas who fled persecution in their homeland.

The physical arrangement stipulates that the return of Rohingyas will be completed preferably within two years from the commencement of repatriation.

However, on August 22, 2019, despite completion of all-out preparations to start the repatriation process of forcibly displaced Rohingya people, they did not want to return to their homes in Myanmar’s Rakhine State.
(BSS)