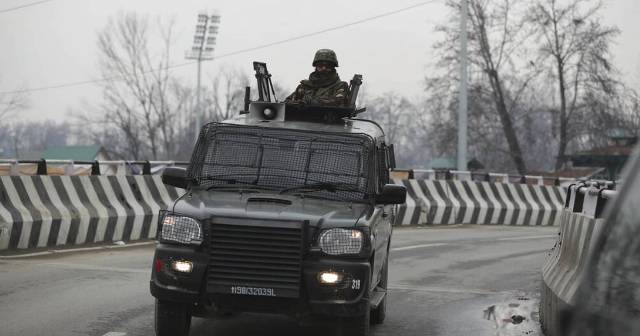 International Desk : After nearly six months, the authorities will restore the internet service in restive Indian-controlled Kashmir, officials said Saturday. However, the service would be available at a restricted speed and subscribers will be unable to access the social networking websites. The internet speed will be restricted to 2G and the decision to review the restrictions will be reviewed next month.

“2G mobile internet services on postpaid as well as prepaid phones will be restored today. However, it can be used to access 301 websites approved by the administration,” a government official said. “These websites include search engines and those associated with banking, education, news, travel and utilities.”


The subscribers in the region Saturday said they were yet to access the facility.
“We have been hearing that the internet will be restored here ever since its ban on August last year but the reality is so far it has not been restored. Even today I am not able to access the internet on my phone,” said Bilal Ahmad, a Srinagar resident.

“The government has announced there will be a limited internet speed and subscribers will not be able to access the social media. What purpose will it serve if most of the websites and social media are blacklisted?”

The ongoing internet ban in Indian-controlled Kashmir has badly affected the region’s economy and student community.

With no internet, hundreds of people associated with Business Process Outsourcing (BPO) offices and tourism in the region have lost their jobs.

As per estimates made by region’s trade body – Kashmir Chamber of Commerce and Industry (KCCI), the internet blockade and uncertainty caused a loss of around 2.5 billion U.S. dollars in the last five months in Indian-controlled Kashmir.


Indian-controlled Kashmir currently faces the longest ever internet blockade in the history so far and Saturday marked the 174th day of the ban.

New Delhi imposed a complete communication blockade in the region on the night of Aug. 4, 2019, by suspending services of telephones, mobile phones and internet. It also deployed thousands of paramilitary personnel on the streets to enforce the strict restrictions to prevent street protests.

The government took the steps fearing backlash from the people in response to its move of ending region’s special status by abrogating a provision (Article 370) in its constitution on Aug. 5, 2019.

After one month, restrictions were eased and landline telephone service was restored. Likewise, the postpaid mobile service was restored after 70 days.
Meanwhile, the presence of troops on roads also remains a constant feature.
A separatist movement and guerilla war challenging New Delhi’s rule is going on in Indian-controlled Kashmir since 1989.

Kashmir, a Himalayan territory divided between India and Pakistan, is claimed by both in its entirety. The two countries have fought three wars, two exclusively over Kashmir.

The abrogation of special status to Indian-controlled Kashmir has heightened tensions between New Delhi and Islamabad.