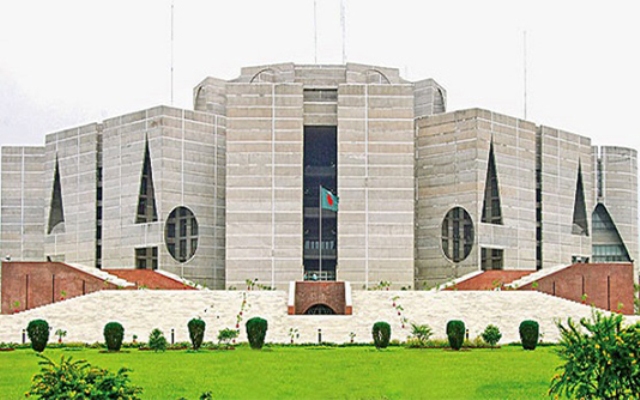 Online Desk : Lawmakers today said that the present ongoing development activities are inclusive as the government led by Prime Minister Sheikh Hasina is working for incorporating all the people under the mainstream of development.

The present government led by the Awami League is working for bringing all the people including poor and handicapped under development programme which would help build the country as ‘Sonar Bangla’ dreamt by Father of the Nation Bangabandhu Sheikh Mujibur Rahman, they said while taking part in the general discussion on a thanksgiving motion on the President’s speech in the House here.

Regarding the present development activities, State Minister for Social Welfare Sharif Ahmed said, “the main target of the government is to reduce poverty and now the poverty rate has declined to 20.5 percent from its earlier level of 42 percent due to the leadership of Prime Minister Sheikh Hasina”.


“Today, Bangladesh is a role model of development across the world,” he said.

The State Minister said the BNP government led by Khaleda Zia had patronized the militancy during her regime between 2001 and 2006.

Terming the present development activities as inclusive, treasury bench lawmaker Abdus Salam Murshedy said the role of Prime Minister Sheikh Hasina has been lauded in the international arena for her outstanding contribution to the country’s inclusive development.

Taking part in the discussion, the lawmakers said the President in his 163-page speech projected the country’s development before the nation as well as the world as the country achieved a remarkable progress under the dynamic leadership of Prime Minister Sheikh Hasina.

Earlier, they paid rich tribute to Father of the Nation Bangabandhu Sheikh Mujibur Rahman for his contribution to establishing an independent Bangladesh.
(BSS)