Planned to bring back Bangladeshis from China Saturday: FM 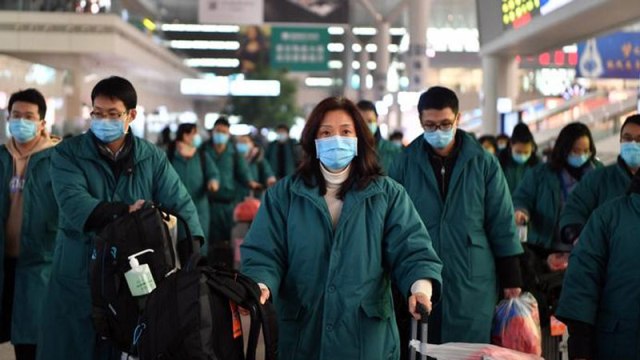 “If the Chinese government allows us and gives clearance, we might bring them back on Saturday,” he told UNB over phone on Thursday night.

No one of them has been affected so far by coronavirus but they are likely to be kept at Ashkona Hajj Camp for safety and observation, officials said.

The Foreign Minister and Health Minister Zahid Maleque are likely to visit the Hajj Camp on Friday morning to see the preparations.


Earlier in the day, the foreign minister said a total of 370 Bangladesh citizens from 22 institutions, mostly from Wuhan city of China, have registered their names expressing their willingness to return home.

But, 15 Bangladesh citizens have opted to stay back in China for better health facilities in China and avoid the risk of transmitting the coronavirus in Bangladesh, said the Foreign Minister.

Dr Momen said the Chinese authorities informed Bangladesh that they will bear all the expenses of treatment if any foreigners affected by the virus.

“We’re ready to take them back (who are willing to return),” he told reporters adding that the government does not want to overplay China’s decision of ongoing 14-day quarantine period.


The death toll from the coronavirus has risen to 170 with confirmed cases topping 7,700 in China while India claimed a patient in Kerala had tested positive for the novel coronavirus, the first case in the country.

Bangladesh Embassy in Beijing is working round the clock to prepare the list of willing citizens and their safe return to Bangladesh, officials said.

The Foreign Minister said Bangladesh citizens will be brought to airport from Wuhan city, the epicenter of the virus, by bus as Bangladesh will send commercial flight upon getting a date from the Chinese authorities.

Asked when Bangladesh citizens can return, Dr Momen said they will be brought back when the Chinese government allows.

People wear face masks as they ride an escalator at the Hong Kong International Airport in Hong Kong, Tuesday, Jan. 21, 2020. Photo: AP
The Foreign Minister said the Health Ministry will take care of the returnees upon their arrival in Bangladesh.


He said the Health Ministry has taken necessary preparations to make spaces in hospitals to monitor the returnees from China.

Replying to another question, Dr Momen said Bangladesh has no plan to impose any travel ban to and from China. “We don’t want to be panicked.”

Earlier, a flight from Wuhan carrying US government personnel and some private Americans safely landed in California.

These travellers will carefully be screened and monitored by health experts at the US Centers for Disease Control and Prevention (CDC) and Health and Human Services (HHS), according to the US Department of State.

All appropriate steps are being taken to safeguard the health of these returning Americans, as well as the health and safety of their fellow Americans here at home, it said.

Bangladesh will also keep those who will return to Bangladesh under observation before China lifts the ongoing 14-day restriction to avoid any risk.

Quarantine is a state, period or place of isolation in which people or animals that have arrived from elsewhere or been exposed to infectious or contagious disease are placed.

There are about 400-500 Bangladeshi students in Wuhan, according to the Foreign Ministry here.

Wuhan, the capital of Hubei province, is at the centre of the outbreak. Wuhan is in lockdown and China has imposed travel bans on a number of other cities.