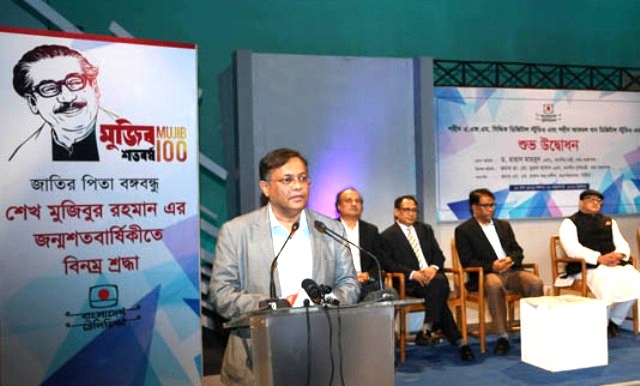 “We are proud of Bangladesh Television for its contribution to the nation. The government has been working to further modernize it,” he told the inaugural ceremony of new two studios of the state-run television at the Shaheed Manirul Alam auditorium at BTV Bhaban here.

He expressed his optimism that BTV and other television channels will continue producing standard and quality programmes for the viewers.

Dr Hasan said Bangladesh is being digitized very fast as now there are 10 crore internet users in the country.


He said the government is now working to reach broadband internet service to union level.

The minister said Bangladesh is going forward to become a developed nation by 2041.

Speaking on the occasion, Murad Hassan said the government led by Prime Minister Sheikh Hasina has been implementing different initiatives to build a hunger and poverty free prosperous Sonar Bangla as dreamt by Father of the Nation Bangabandhu Sheikh Mujibur Rahman.