Momen for beefing up security in Rohingya camps 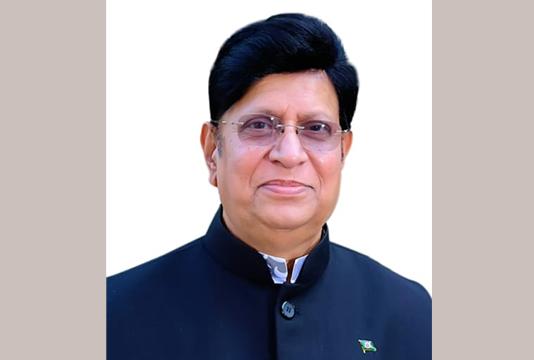 Online Desk : Foreign Minister Dr AK Abdul Momen said the Malaysia-bound trawler that capsized near the Saint Martin’s island in the Bay was carrying Rohingyas living outside the camps and they were trying to move away illegally.

The foreign minister came up with the remarks while talking to reporters after attending a programme of World University of Bangladesh at the National Museum here today. Momen also stressed on beefing up security in and around Cox’s Bazar Rohingya camps to prevent any sorts of illegal migration.


At least 15 Rohingya people, including women and children, died and 72 others were rescued when a trawler capsized in the Bay near the Saint Martin’s island this morning. Replying to a query regarding evacuation of Bangladeshis from Chine, the foreign minister said the government will not arrange the return of more Bangladeshi nationals from China amid the ‘coronavirus outbreak’ that claimed more than 1,000 lives.

He, however, said the government will assist those, who are willing to come back on their own. He said some countries, including the United Kingdom, the United States, Japan, India and Singapore, evacuated their nationals from China while nationals of other countries are still residing in China. The China is taking care of it, he added.


Asked about Saudi Arabia’s move to repatriate 42,000 Rohingyas to Bangladesh as reported in the media, the foreign minister said he has no information about it.
(BSS)