Rohingyas to be relocated to Bhasan Char: Kamal 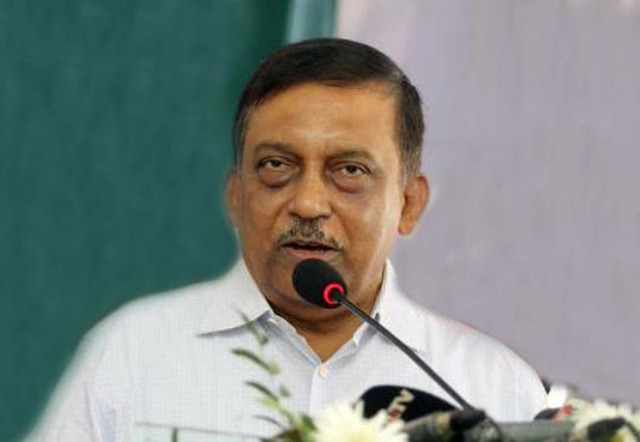 “Relocation of one lakh Rohingyas from Cox’s Bazar camp to Bhasan Char will begin on completion of erecting barbed-wire fences around the Cox’s Bazar camps,” he told reporters after attending the Silver Jubilee celebration of Bangladesh Coast Guards at its Agargaon headquarters here today.

Bangladesh Army, he said, started erecting barbed-wire fences as per the instructions of Prime Minister Sheikh Hasina around the Rohingya camps in Teknaf of Cox’s Bazar so that they cannot go out of the camps.


He also said setting up of watchtowers and close circuit cameras is underway to strengthen the surveillance on Rohingyas in Teknaf of Cox’s Bazar.

“Rohingyas have been kept under the supervision of law enforcement agencies including police, Rapid Action Battalion (Rab), Border Guard Bangladesh (BGB) and Ansar,” he said.

There are more than 1.1 million Rohingyas in camps in Cox’s Bazar district. They fled to Bangladesh from Rakhine State of Myanmar to avoid persecution by the Myanmar army.

Earlier, the minister attended Silver Jubilee celebration of BCG as chief guest and handed over the medals to the officials and staff of BCG in recognition of their contribution.

Speaking at the programme, Asaduzzaman Khan Kamal said BCG has become a powerful force now and members of BCG have been working to prevent various criminal activities such as smuggling, human trafficking and illegal fishing.
(BSS)