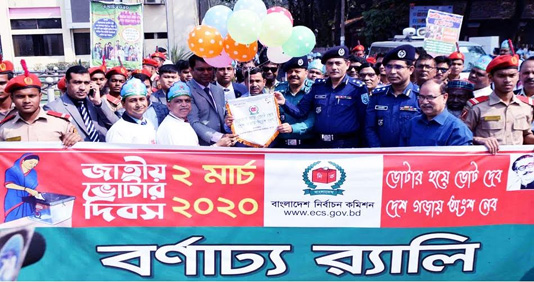 
The chief guest called upon urged the officials concerned and civil society members for creating social awareness and inspiring the voters to cast their votes to strengthening the democracy process. Other speakers put emphasis on inspiring the voters exercise their voting rights properly to infuse democratic culture in them for nurturing and strengthening democracy to give democracy an institutional shape.
(BSS)